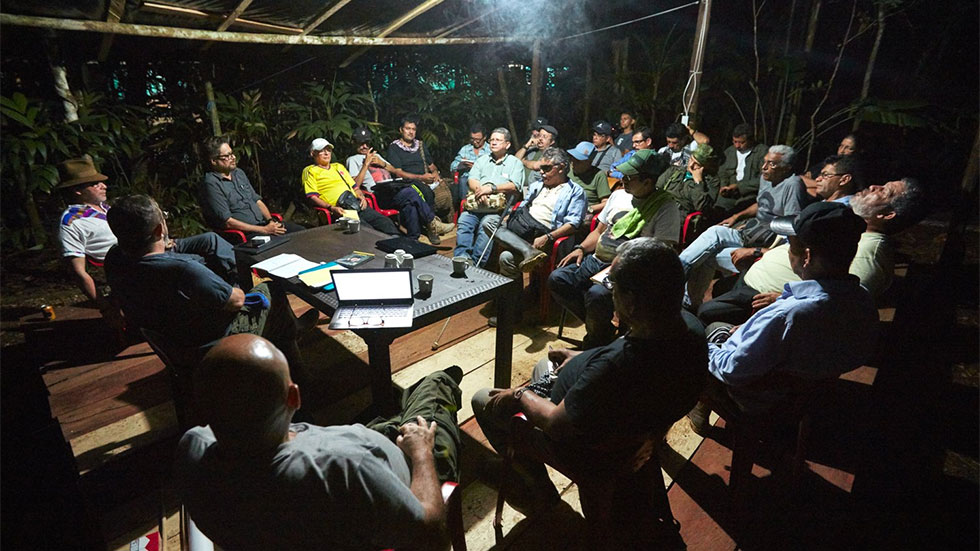 Colombia’s largest guerrilla group, the FARC, entered its last week of existence on Monday. During its National Guerrilla Conference the rebels are expected to disband and define their future in mainstream politics.

Because in one week the FARC will have become a thing of the past a little more than 52 years after the group’s original leaders founded the guerrilla group.

What will be left will be a political movement with 10 guaranteed seats in Congress for two terms and approximately 17,000 former guerrillas taking part in a demobilization, disarmament and reintegration program.

Until then, the group’s leadership, approximately 200 rebel commanders and more than 800 journalists are gathered in Yari, Caqueta where the 10th and final National Guerrilla Conference is held.

The guerrilla representatives over the weekend already voted to ratify the peace deal bartered with the administration of President Juan Manuel Santos, according to their lead negotiator, “Ivan Marquez.”

“We are feeling great support of all the guerrillas. We have seen absolute support to what we have agreed” with the government.

What’s left for the guerrillas to decide is their future in politics, and in particular the name of the political party that will be guaranteed 10 seats in Congress after the 2018 elections.

FARC to take part in Colombia’s 2018 elections, but with guaranteed seats

Marquez told press that “we haven’t defined a name yet. We are listening to the fronts’ proposals.”

The FARC convention will last until Monday next week, the day FARC leader “Timochenko” will travel to the coastal city of Cartagena to attend the formal peace ceremony.

The guerrillas in Yari will celebrate the formal end of the FARC and its 52-year war against the state with a music festival.

After that it’s over.

On Tuesday next week, all guerrillas must join their comrades for Colombia’s largest demobilization and disarmament process since that of the far-right AUC paramilitary organization between 2003 and 2006.

So far, only the FARC’s 1st Front has refused to take part in the peace process. It is, however, not sure how many other fronts might decide to remain in arms in spite the alleged unanimous guerrilla support for peace.

The armed conflict that began with the FARC’s rebellion in 1964 has left more than 265,000 Colombians dead, 45,000 missing and more than 7 million displaced.