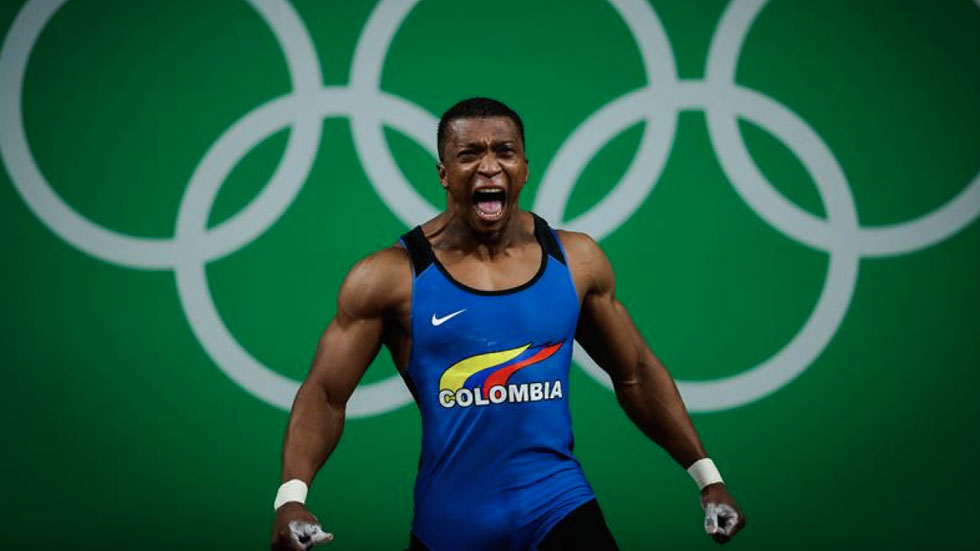 Colombian weightlifter Oscar Figueroa struck Olympic gold on Monday and then immediately retired capping a rollercoaster few months after he was given a suspended prison sentence for car crime.

The 33-year-old, who as a child fled his home in Antioquia over fighting between guerrillas and paramilitaries, fell to his knees and burst into tears after lifting 318kg in an enthralling and emotionally-charged men’s 62kg.

Figueroa, silver medalist in London 2012 four years ago, kissed the barbell and removed his shoes to signify that he was retiring as he sobbed his eyes out for several minutes in front of an adoring Colombian crowd.

“I can’t describe how it feels right now. I’ve been lifting weights for 22 years and it’s time to retire. That’s why I took my shoes off.”

Figueroa ran foul of the law back in June when he was given a 16-month suspended sentence, put on probation for two years and fined $468 for his involvement in falsely reporting a car theft.

According to his lawyer, he bought the car for a friend, who then sold it and claimed it had been stolen, before Figueroa reported the “theft” to the police.

Figueroa said the criminal proceedings had not dogged his preparations for Rio, telling a press conference that he wanted to move on from the incident.

“It was not a distraction but I’m here to give good news and to transmit happiness.

“I’m quite tired of violence. I’m not sure why the press keep repeating these negative questions. I really don’t want to be the bearer of bad news. I want to transmit good news,” he said.

Figueroa hauled 142kg above his head in the snatch, following up with a 176 in the clean and jerk to beat silver medalist Eko Yuli Irawan of Indonesia by 6kg.

Weight of a nation

After Irawan failed to jerk 179kg in his final lift, the gold medal was Figueroa’s with an attempt to spare.

Figueroa then tried the same lift to break his Olympic record set four years ago but couldn’t muster the strength.

Nevertheless, he fell to his knees and burst into tears as the 2,000-strong partisan Colombian crowd, which had celebrated every failed lift by any of his opponents, roared in delight.

Figueroa was still crying 15 minutes later when the gold medal was put around his neck and tears continued to flow throughout the Colombian national anthem.

One of weightlifting’s most intriguing characters, Figueroa and his family were forced to flee their home when he was nine due to the government’s conflict with guerrilla fighters.

A slipped disc that meant he was unable to even grip the bar brought his Beijing Games in 2008 to an early end.

He bounced back to finish second in London, but underwent back surgery in January this year to treat a chronic lumbar hernia that had been injured five years earlier.

“I’m full of emotions. I was carrying the weight of all of Colombia,” said Figueroa, who says he meditates a lot to help deal with the weight of expectation.

His path to Olympic glory was made easier by the retirement through injury of Chinese favorite and total world record holder Chen Lijun who quit after two failed attempts at the snatch.