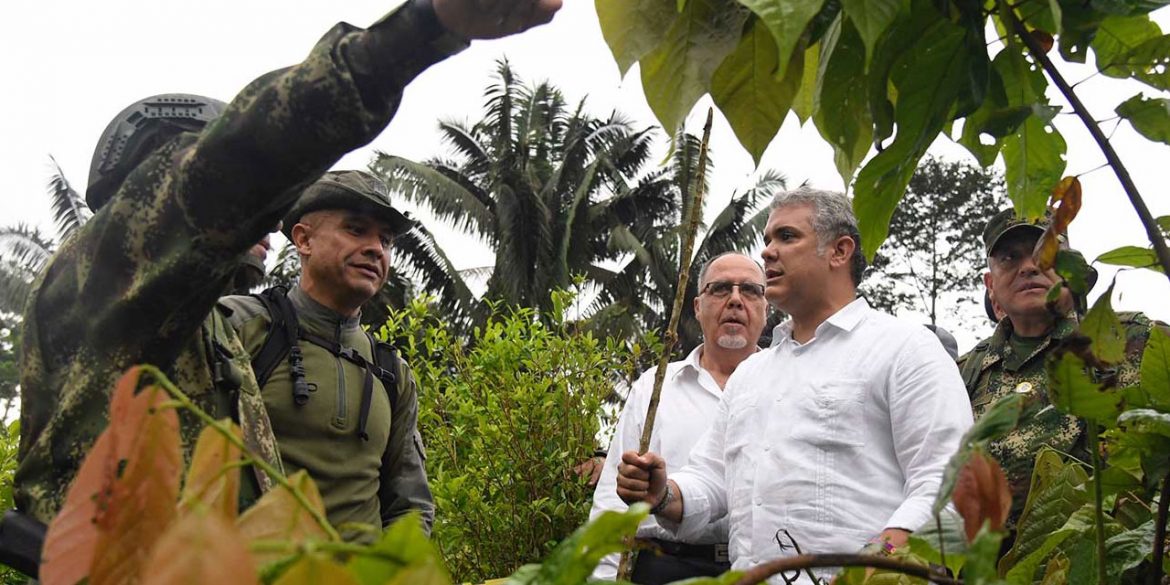 Colombia’s coca growers demand the resignation of the director of the government program to voluntarily eradicate coca, as the country’s counternarcotics strategy is collapsing.

The claim of Hernando Londoño, the director of crop substitution program PNIS, that “coca substitution leaders have not been assassinated” was the straw that broke the camel’s back for the coca farmers, who claim government betrayal left people starving.

In a press release, coca growers federation COCCAM said that at least 56 community leaders promoting and facilitating the removal of coca have been assassinated since the program took force in May 2017.

An additional 29 coca farmers who took part in the removal of coca have additionally been assassinated, COCCAM said.

In an interview with several media, coca growers said they were fed up with the bullshit of the administration of President Ivan Duque and said they would join national strikes that are being organized for March.

We’re already preparing to join the national strike. We believe that in February we can go out and join. We are holding the last meetings to see if the protests will be regional or if we are going to join the massive marches in Bogota. 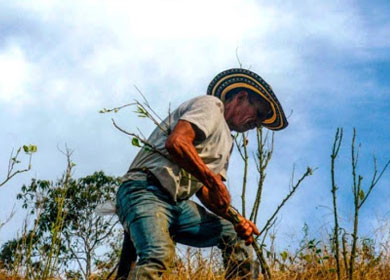 If the PNIS program, which allows coca farmers to eradicate their crops and secures their inclusion in Colombia’s legal economy, is not executed, the government may not resume aerial fumigation, according to the Constitutional Court.

Without the voluntary eradication and aerial fumigation, the government can only use manual eradication, an insanely labor-intensive strategy with an estimated 80% coca replanting rate.

The PNIS program, which has eradicated more than 40,000 hectares since May 2017, has a replanting rate of approximately 0.5%, according to the United Nations Office on Drugs and Crime (UNODC) that has verified coca growers’ compliance.

Like the UNODC and virtually every antinarcotics expert, the coca growers insist that crop substitution is the only effective long-term strategy.

“We believe that voluntary substitution is the way to end coca cultivation. The PNIS as it is designed would help to reduce this scourge of coca cultivation to the maximum if well implemented,” COCCAM spokesperson Arnobis Zapata told newspaper El Espectador. 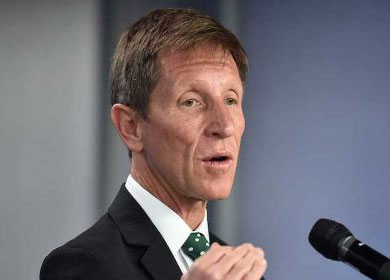 Duque’s Post-Conflict Coordinator Emilio Archila blocked farmers from registering in November 2018 when some 100,000 farming families had registered, leaving at least another 33,000 waiting.

The administration additionally has failed to meet its end of the bargain with the farmers who did timely register, claiming it did not have the $1 billion (COP3.6 billion) needed to allow the farmers to effectively substitute their crops.

Consequently, farmers who substituted their crops are literally left starving, according to COCCAM.

This government has betrayed the farmers who voluntarily gave up their coca crops by not implementing a complete program with guarantees, because there is no guarantee one will be given $3,500 (COP12 million) for one year and left to starve for two years. As they are implementing the PNIS, they are looking for it not to work so that they have arguments to say that a substitution program does not work. 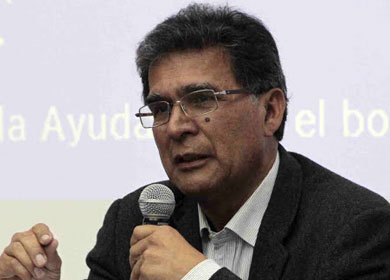 Also according to conflict expert Camilo Gonzalez of Indepaz, the money argument is a “pretext for abandoning the substitution program… The underfunding of the PNIS in the Development Plan and in the 2020 budget is the result of a political decision.”

The government’s failures have drastically reduced the effectiveness of the program, according to the United Nations, which reported that in 2019 only 8,500 hectares were removed compared to more than 27,500 the year before.

Duque said in June last year that “in a matter of weeks” areal fumigation would resume. It’s almost February and there is no indication this will happen.

In fact, unless the president finds a way to reactivate the PNIS program, the government isn’t allowed to resume aerial spraying.

Everything indicated Duque is in for major problems with both Washington DC and tens of thousands of farmers who, like US president Donald Trump, have little empathy for shit-talkers.