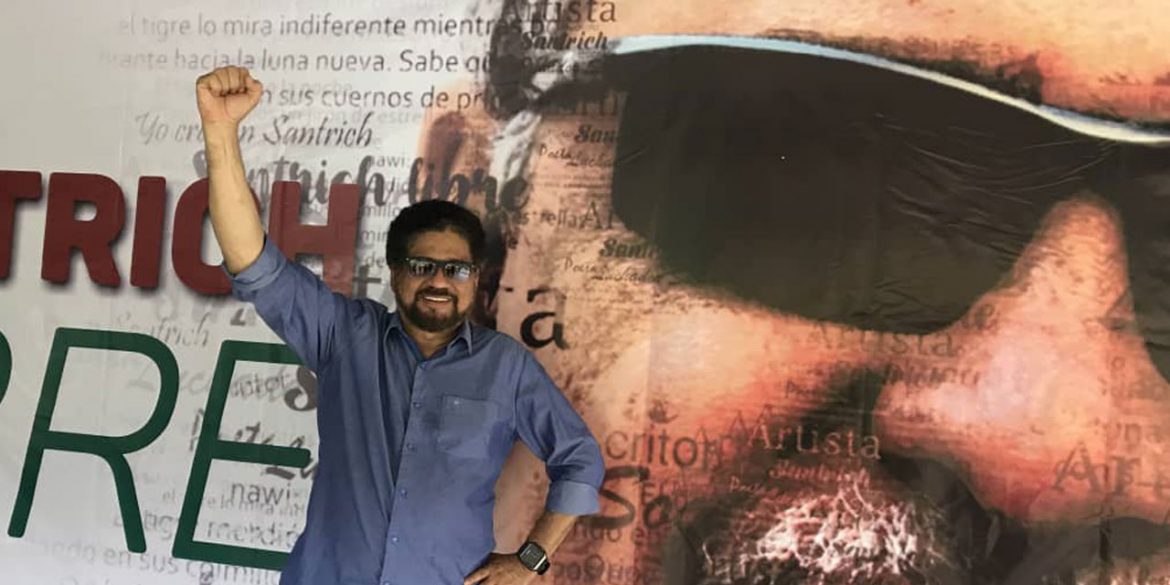 Colombia’s Inspector General wants to revoke the senate seat of the FARC’s former political chief, “Ivan Marquez,” who has been in hiding for a year.

Marquez’ defense attorney said that the former guerrilla chief and peace negotiator would not appeal his possible removal from Congress.

The FARC’s former political leader refused to take his seat in Congress in July last year, frustrated about failures in the peace process and furious about the arrest of fellow-FARC leader “Jesus Santrich” three months before.

Despite Santrich’s release last month, Marquez appears to have lost all confidence in the peace process he personally negotiated with the government of former President Juan Manuel Santos between 2012 and 2016.

According to the Inspector General’s delegate before the State Council, Marquez’ “deliberately decided” not to be sworn in and should therefore be removed.

The former guerrilla leader is also at risk of having the judicial benefits he negotiated removed for failing to appear before the Special Jurisdiction for Peace (JEP), the war crimes tribunal that is investigating crimes committed by the FARC and the military during the armed conflict.

Marquez last month said “it was a major mistake” surrendering the guerrillas’ weapons before the government’s compliance to the peace deal was guaranteed.

The former guerrilla chief’s statements caused a rift in the FARC’s former military leadership between those who are now in Congress and those who, like Marquez, claim that the peace process has failed because of the government’s chronic failures to comply.

If Marquez loses the JEP’s judicial benefits, his lost senate seat will be the least of his worries as he will be kicked out of the peace process and could go to prison and be extradited to the United States, which has accused him of drug trafficking.

The course of events is a disappointment for victims of the former guerrilla leader; they were hoping that his cooperation with the JEP could help them find the kidnapping victims who never returned from FARC captivity.