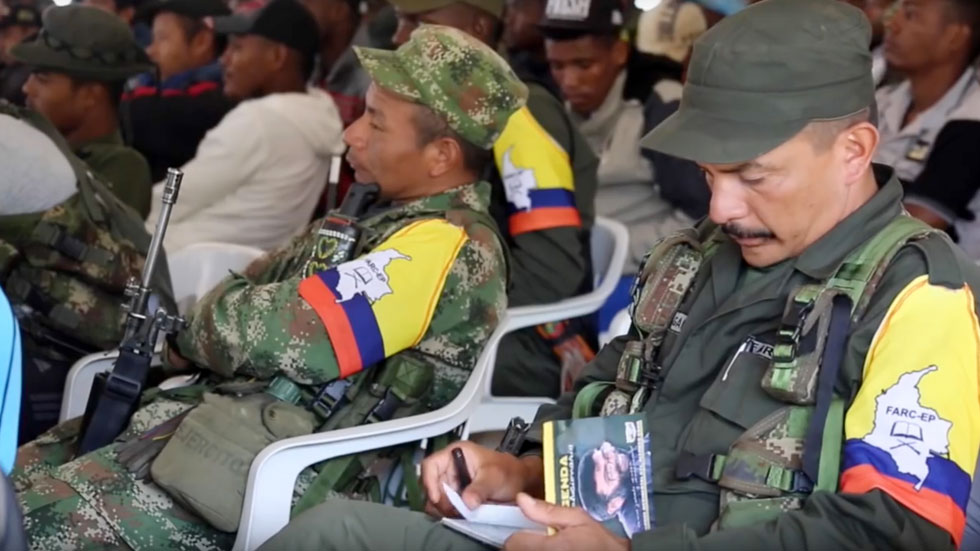 The international and national press have been humming along contentedly this past week in the knowledge that the secretive yet media savvy FARC rebels are open to media presence at their 10th and hopefully final conference as an armed guerrilla group.

But something, as they say, is rotten in Denmark and threatens to limit local journalists and news outlets from attending this historic event somewhere in the Llanos del Yari, an area in the barely penetrable jungles of southern Colombia.

It’s a peculiar situation, but, the FARC’s 10th Conference between September 17 and 23, where the guerrilla group is expected to vote internally on the peace agreements reached with the Colombian government in Cuba, is threatening to drive a further wedge between national and regional media outlets in the country and has additionally, revealed an altogether more interesting and as yet unexpected side the the guerrilla group.

Let’s start with the cost of attending. We are all aware of the financial demands of getting to the FARC’s location, flights to the towns of La Macarena, Florencia or San Jose del Guaviare are never free, and so conversation now surrounds bus tickets for the 16-hour ride from Bogota to San Vicente de Caguan ($25 / COP75,000) – where it seems the airport is currently closed.

Keeping it brief, it’s high season for the “red zone.”

Remember that prices are always inflated in these far off areas linking Colombia’s eastern plains with the Amazon region due to distances, paucity of infrastructure and then the obvious issue of “vacunas” or protection fees paid by transport companies, fuel companies and others just to operate here. Who are they paying off? Take your pick.

Back to the issue in hand though. Consider that you are a local news journalist from Cauca. First, find your way first to San Vicente, then foot the bill for a spot in a 4×4 to get to the next “unnamed” destination roughly four hours away for around 150,000 or 200,000 pesos ($50 or $65). Then, clamber for a few hours to the camp where the FARC is located and find, to your surprise, that you are going to be slapped with fees to cover your expenses there.

Dare we say it out loud, but, years of involvement in lucrative and nefarious businesses have driven up the FARC’s capacity for speculation. In my first communication with the guerrilla press officer, my bed or hammock and food for the conference were included. Of course, we are covering the event.

Members of the regional press are furious.

The company proving internet access for those of us needing to upload and send articles and images from the event is nothing less than…wait for it: COP200,000 ($65) per day. Oh and one of the big national news channels is bleating over not being able to bring their antennae for broadcasting purposes (while we all know more or less where the event is taking place, the FARC is still a reasonably secretive group!).

There is now a war of words between competing regional and national outlets, accusations of representing the burgesia, and some frankly pretentious and unnecessary posturing. It seems like mayhem and with the FARC conveniently altering the dates of their conference, putting the noses of those of us to have bought flights already out of joint.