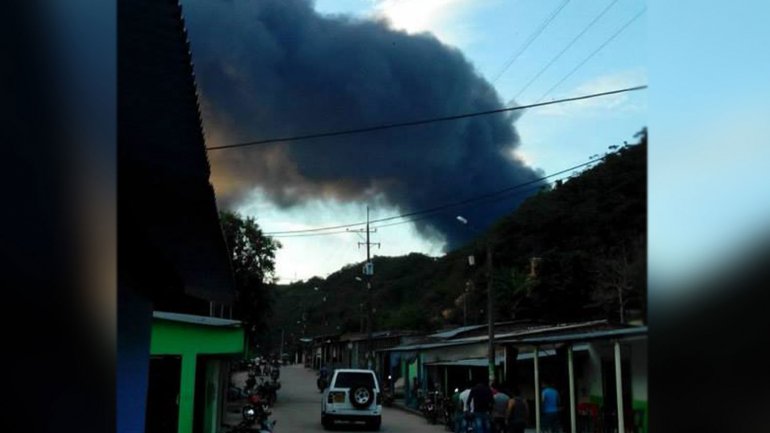 The FARC upped its offensive against the Colombian state on Wednesday, reportedly killing four soldiers in the south while attacking oil infrastructure and public transport in the north.

Army ambush in the south

The most violent attack took place in the southern province of Caqueta where four soldiers were killed and five more were injured when alleged FARC rebels allegedly ambushed soldiers that had fallen into a minefield in the region.

The soldiers are part of the Omega Task Force whose main base is close to the city of Florencia and Cali and were patrolling a rural area in the municipality of Cartagena del Chaira.

The entire Caqueta province was only last week without power after the rebel group attacked electrical towers.

The FARC earlier in the morning struck in the northeast where it blew up the country’s biggest oil pipeline, forcing state-run oil company Ecopetrol to shut down its operations in the area.

Eyewitnesses reported the destruction of 12 homes with 50 families displaced and national media reported seven injured and the suspension of operations.

In the northwestern province of Antioquia, guerrillas allegedly opened fire on a bus and set fire to trucks, restricting traffic between Medellin, Colombia’s second largest city, and the Caribbean coast. Antioquia Police and the Secretary of the Government of Mutata confirmed that an additional three vehicles have been gunned down and burnt at around midday on Wednesday. There are no reported injuries as passengers were reported to have been evacuated from the vehicles.

This would be the fourth attack in the province since the ceasefire was lifted on May 22. Over the last three weeks violence has escalated with frequent guerrilla attacks on infrastructure, the oil industry and security forces.

As violence ensues the peace talks in Havana slowly crawl.