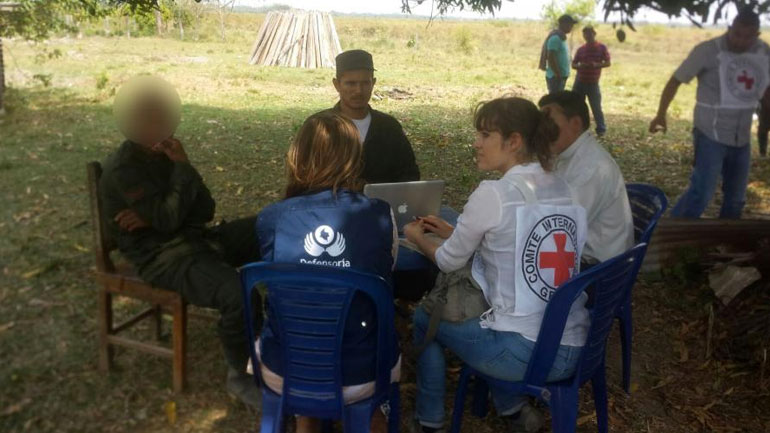 Colombia’s largest rebel group, the FARC, on Sunday released the first of an estimated 2,000 child soldiers fighting with the rebel group.

However, the group did not expel the minors in their ranks, a move that would seriously diminish their military capacity.

Until Sunday, when a 16-year-old boy was surrendered to the humanitarian commission consisting of the Catholic Church, the Ombudsman’s Office, Family Welfare and the Red Cross.

The unnamed minor was surrendered by a member of the FARC’s 10th Front to the commission in Normandia, a tiny village in the northeastern Arauca province.

According to the ombudsman, the boy had entered the FARC 11 months ago, which would have been only weeks before the guerrillas publicly promised to end child recruitment.

In June last year, the guerrillas promised to release all enlisted child soldiers under 15, but have yet to keep their word on this.

The group is currently negotiating its entire mobilization, more than 50 years after 48 farmers took up weapons, formed the FARC and an armed conflict began that since killed more than 260,000 Colombians.

The negotiations began in November 2012 and are widely considered at a point of no return.

President Juan Manuel Santos and FARC leader “Timochenko” promised last year that a final peace deal would be reached before March 23, but both parties have since admitted that this date might be too ambitious.