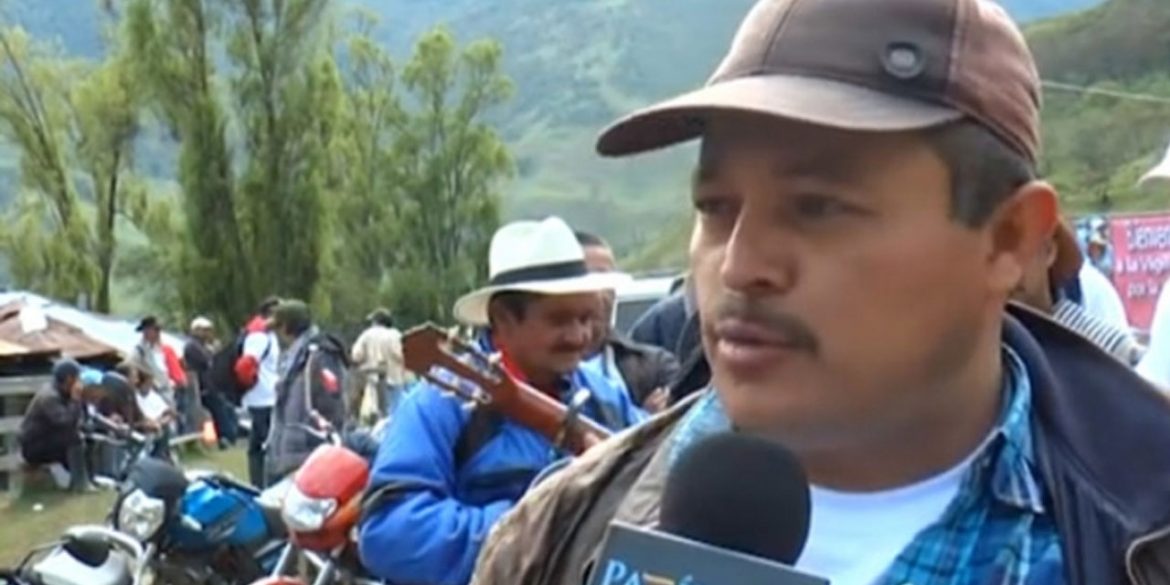 A former guerrilla commander who was in charge of FARC members’ reintegration in southwest Colombia was assassinated on Tuesday.

The attack that killed Jorge Enrique Corredor, a.k.a. “Wilson Saavedra” took place in Tulua, a town in the Valle del Cauca province.

Since the FARC signed peace with former President Juan Manuel Santos, at least 134 demobilized former guerrillas have been murdered.

But Corredor, who allegedly played a key role in establishing contact between the government and the FARC ahead of peace talks, is the first former commander to have been assassinated.

According to newspaper El Tiempo, the FARC leader was assassinated in a restaurant in the center of Tulua and was without bodyguards.

FARC Senator “Pablo Catatumbo,” a personal friend of Corredor, said on Twitter that the murder of Corredor “should mobilize the Colombian people to protect the desire for a stable and lasting peace.”

Catatumbo vowed that, despite the ongoing assassinations of FARC members, the former guerrillas’ only arm will remain ‘our word.”

We signed [peace], we committed ourselves and we are complying. The systematization of the assassinations of members of our party is an issue the government must take responsibility for. We will not allow the enemies of peace to wage war.

The mechanisms to guarantee the safety of ex-combatants will continue to be strengthened, within the framework of the fulfillment of the commitments derived from the implementation of the agreements.

The 2016 peace deal with the FARC, which effectively controlled one third of Colombia’s national territory, has unleashed a wave of violence targeting not only former guerrillas, but also human rights defenders and community leaders involved in the implementation of the peace deal.

The majority of these assassinations have taken place in former FARC territories where the security forces have failed to assume control.

The administration of President Ivan Duque, who fiercely opposed peace with the guerrillas ahead of his election last year, has only reluctantly complied with its obligations to implement the peace deal.

Observers of the peace process have warned that violence against members of the FARC, which will take part in local elections for the first time in October, and social leaders could increase in the coming months.