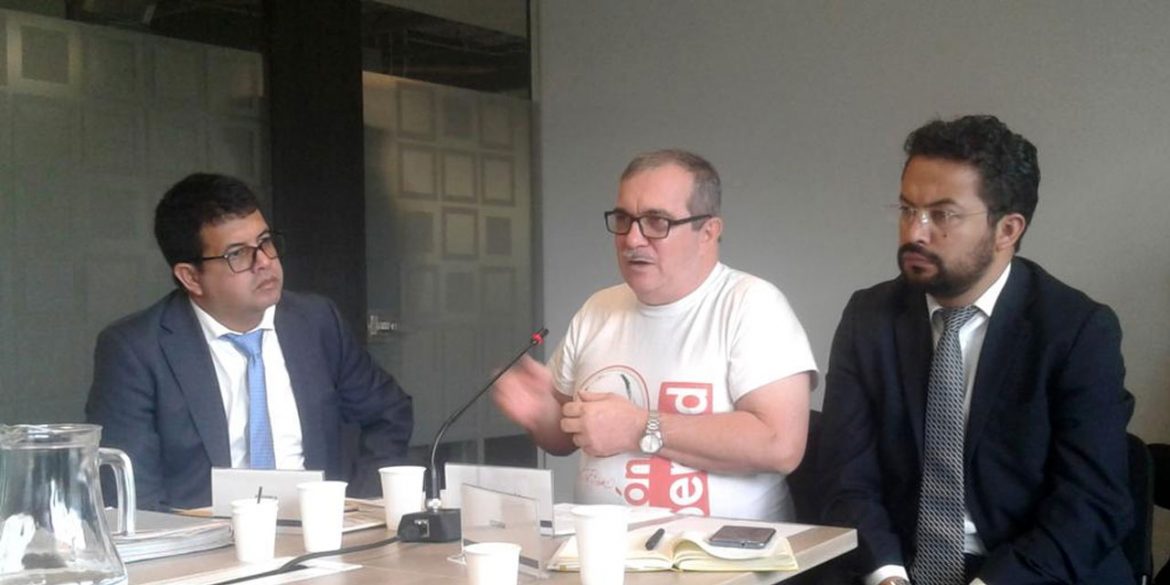 FARC leader Rodrigo Londoño, a.k.a. “Timochenko,” had his first day in court on Thursday to tell Colombia’s war crimes tribunal about his involvement in mass kidnapping during the armed conflict.

Timochenko was the first of 31 FARC commanders who have been called to appear before the court, marking a historic step in the country’s peace process that began in 2016.

As a result of the peace process, 5,000 of the 7,000 active FARC members have been granted amnesty. The rest, including alleged war criminals like Timochenko, will have to stand trial in the Special Jurisdiction for Peace (JEP) for crimes against humanity.

The testimony provided to the transitional justice system is intended to establish a detailed account of the FARC’s widespread kidnapping practices, which is one of the five investigations that have been opened by the JEP in its first year.

Timochenko is expected to respond to the “ley 002,” a declaration that the FARC would kidnap anyone who refused to pay their extortion fees the FARC needed to finance their operations.

The FARC has a long history of using kidnapping to finance its operations and is on trial for between 2,500 and 8,500 alleged kidnappings between 1993 and 2012, the year that the FARC leader on trial banned the practice.

In 2002 at the height of the practice the FARC allegedly kidnapped more than 1000 people. More than 2000 were committed that same year by other actors, according to defense ministry statistics.

Whether or not Timochenko will provide the long-awaited details on individual kidnapping cases that would provide closure to victims remains to be seen.

Before becoming the group’s military commander in 2011, Timochenko was part of the 9th front in the department of Antioquia, and thus was present for some of the most violent episodes in the FARC’s history in the 80s and 90s. In 1986 he became part of the FARC’s Secretariat and became military commander in 2011 after his predecessor “Alfonso Cano” was killed in a military raid.