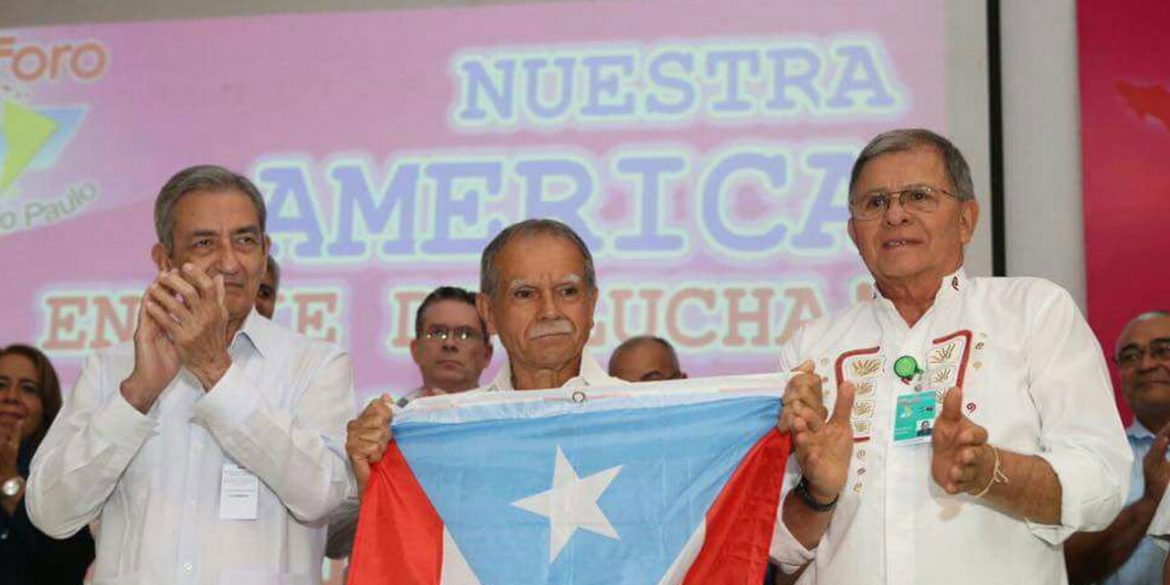 The FARC’s international spokesman, “Rodrigo Granda,” told reporters that “if Santrich has decided to separate from the party, he excluded himself.”

Granada said that the party has not formally expelled him, but that “it is necessary to set the boundary between what the party line is and him,” reported Spanish news agency EFE.

The FARC on multiple occasions has taken distance from its former ideologue after he mysteriously disappeared last month.

When Santrich failed to appear before the Supreme Court last week to defend himself against a US drug trafficking charge, his former brothers accused the former rebel leader of “defrauding” the FARC and the country.

Following his failure to appear, the court ordered the arrest of Santrich and have offered a $1 million reward for information leading to Santrich.

The FARC leader went missing from a FARC reintegration camp close to the Venezuelan border last month allegedly after getting wind of an imminent assassination attempt.

He has not been heard of since, spurring a major crisis in the FARC who is now missing its faction chief in the House of Representatives and is trying to prevent desertion among the 13,000 members who demobilized in 2017.

The disappearance is a major bump on the on the already unpaved road to peace as Santrich is now one of 10 former FARC mid-high level leaders that have left the peace process since it began.

Additionally, more than 123 FARC members have been assassinated and another 10 have been forcibly disappeared, which is causing even greater uncertainty among those who used to make up Colombia’s largest rebel army.

Dissident factions have swollen from 500 to some 2,300 members, according to a military report obtained by Reuters last month. Independent conflict monitors have put this number slightly higher.