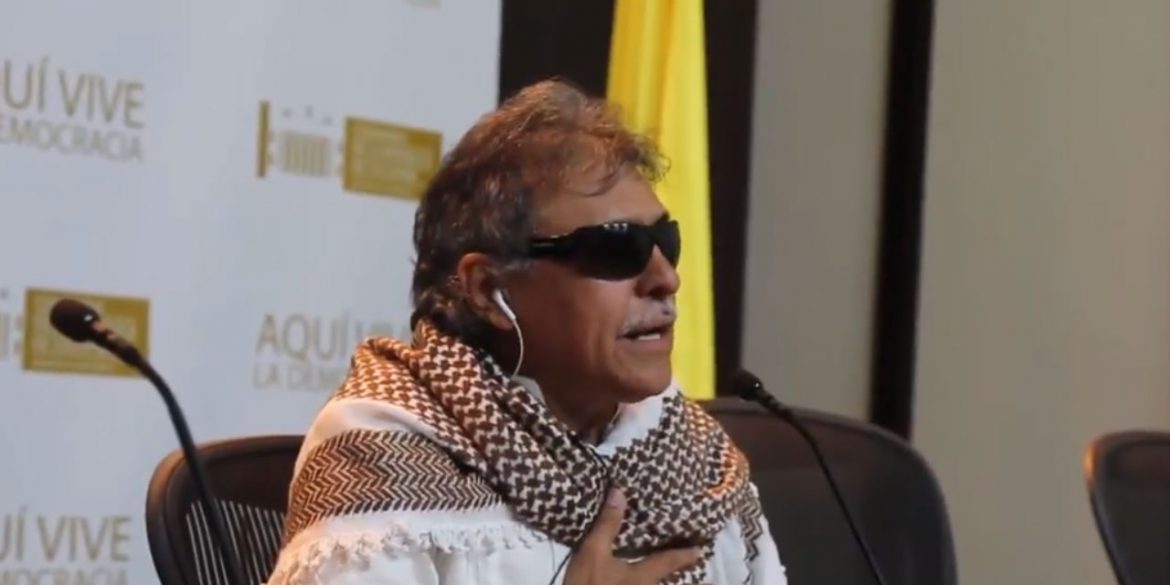 A former rebel leader and current FARC congressmen publicly apologized on Wednesday for degrading remarks he made about victims of Colombia’s armed conflict.

House Representative Jesus Santrich, the FARC’s long-time ideologue, made the apology at a snap press conference he had called.

In October 2012, one month before talks that in 2016 resulted in a peace deal, a reporter asked whether or not he would seek forgiveness among FARC’s victims, to which he smugly responded: “perhaps, perhaps, perhaps!”

The comment caused widespread indignation after the FARC’s decades-long participation in a war that left 8.5 million victims.

In the most sincere way, I wish to ask once again and unequivocally for forgiveness for the damage that would have been caused by that comment I made in October 2012, to all the victims today I say: sorry, sorry, sorry.

During the conference, Santrich also publicly reiterated his intention to appear before the Special Jurisdiction for Peace and the Truth Commission.

“I want to ratify all my commitments derived from the Peace Agreement,” Santrich told reporters at the congressional press room.

Santrich has been accused of drug trafficking by the US government, but is shielded from extradition to respond before the JEP about his alleged role in war crimes including kidnapping, the recruitment of child soldiers and sexual violence.

The FARC’s current House faction leader was the long-time ideologue and propagandist of the guerrillas’ Caribbean front that was active in northern Colombia under the command of “Ivan Marquez,” the rebel leader who led the peace negotiations on behalf of the FARC.

While Santrich vowed to remain committed to the peace process and its transitional justice system, Marquez disappeared last year and is likely to be kicked out of the peace process he negotiated for four years.