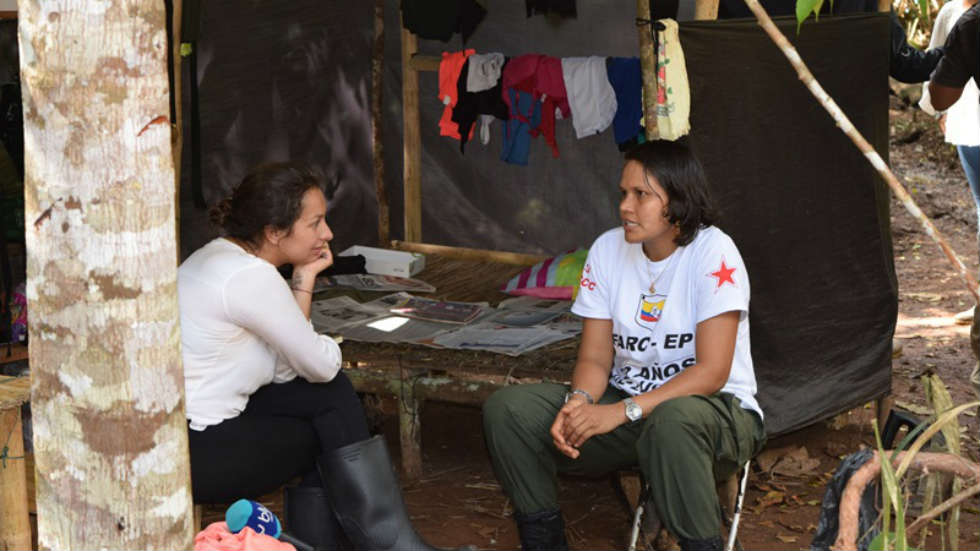 Amid ongoing uncertainty about projects that would help demobilized FARC guerrillas reintegrate in society, many have left the camps either to return to their families or to join other illegal armed groups, according to local media.

The website confirmed claims made by the FARC’s former military commander, “Timochenko,” who had accused the government of “disrupting and dispersing” the unity that had been strong throughout the peace talks.

“We’re very bored here and now that we have to sustain ourselves the situation could become complicated,” a demobilized guerrilla in the Gallo township in Cordoba told the website.

According to La Silla Vacia, one third of the 120 guerrillas that demobilized in Gallo appear to have left the camp. No reintegration projects have kicked off that would allow guerrillas to invest their $690 stipend in one of the cooperative businesses the FARC hoped would see the light.

In the south Colombia township of La Montañita, two thirds of the guerrillas did invest half their one-time subsidy in a joint agriculture project and are now working in one of the constructed shops, a fishing farm and a pineapple plantation.

“We’ve had to invent our own reincorporation,” the local political leader told La Silla Vacia, who said a local parish priest had made the land available for the guerrillas to work on.

Others are waiting for the arrival of the National Reintegration Agency (ACR) to invest their money. Thirty of the 300 former guerrillas have reportedly left.

Some people are fed up with the slowness of the government and don’t believe they will keep their word, so they prefer to go.

According to a source within the ACR, “we are just learning about what the reincorporation will be like because we don’t know.”

The only camp where La Silla Vacia found some kind of communal order was in Tumaco where the feared former commander “Romaña” has maintained the guerrillas’ military hierarchy.

Under Romaña’s rule, the demobilized guerrillas invested their stipend in 62 hectares of crops, pigs and chickens.

There was a big mistake, many comrades believed in the state, that they were going to get here and the government would send clothes, shoes, everything and they were wrong. We did not do that. From the day we arrived here, we came to sow.

According to La Silla Vacia, the government is not solely to blame for the quickly dissolving cohesion in the FARC camps that will be without government support before the end of this month.

The FARC, the website said, has put most effort in the formation of its political party rather than in the effective reincorporation of its members.

The collective reincorporation projects like developed by Romaña never happened on a large scale, leaving former fighters — many of whom spent their youth in the guerrilla group — without any direction.

Consequently, hundreds are expected to have joined rival armed groups while many more have abandoned the process simply to go home to their families.