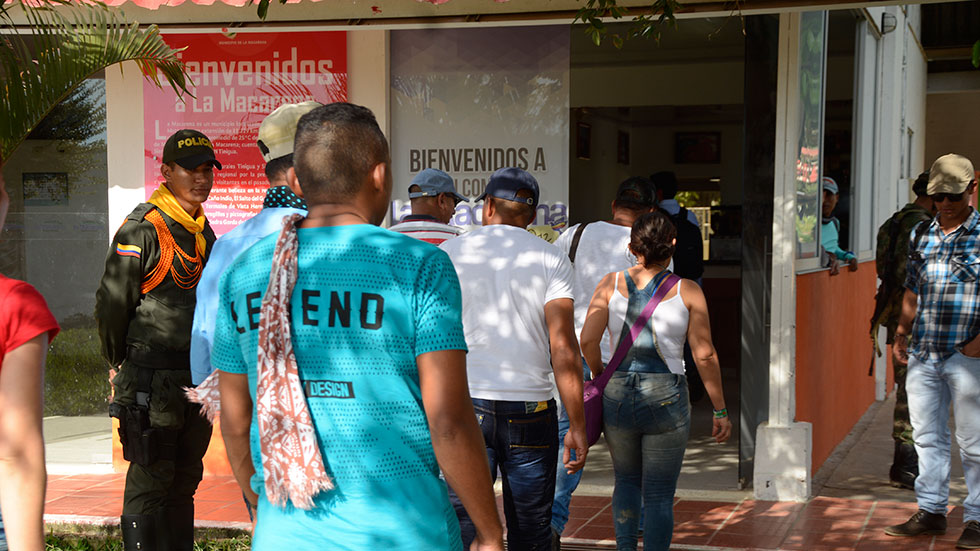 More than 200 rebel commanders gathered from across Colombia to attend a guerrilla conference during which the FARC will dissolve following a peace deal with the government.

“Timochenko,” the supreme leader of the organization, and rebel negotiators arrived in the south of Colombia from Havana, Cuba where peace talks were held between November 2012 and last month.

Around the same time, guerrilla unit commanders flocked from across the country to attend the FARC’s 10th “National Guerrilla Conference.”

The commanders will vote on the deal and are expected to dissolve the FARC, which has been deemed a foreign terrorist group by the United States and the European Union.

The conference is being held from Saturday to Friday next week in the Yari plains in the southern Caqueta province.

The group’s expected dissolution as an armed group is one of the steps the FARC will take to become a political movement as agreed with the administration of President Juan Manuel Santos.

It will also remove the group from international lists of terrorist organizations.

After more than five years of negotiating, the FARC and the government agreed the Marxist guerrillas will go through a transition period in which they demobilize, disarm and reintegrate.

Once they have served lenient sentences in cases of war crimes, its members will be able to legally and non-violently take part in Colombia’s politics.

The guerrillas have been guaranteed five seats in the upper and lower houses of congress between 2018 and 2026, one of the concessions the government has made in order to turn this organization from a group of leftist drug trafficking rebels into a legitimate political party.

According to FARC negotiator “Pastor Alape,” the previous conferences were about “plans and projections for the war,” but at this one they are “articulating initiatives for the peace, and towards deepening democracy in Colombia.”

The FARC’s 10th conference is open to press and is the first glimpse the outside world has had into one of these guerrilla conventions, which have always been held in secrecy in order to prevent intervention by the Colombian armed forces.

FARC negotiator Ricardo Tellez, a.k.a. “Rodrigo Granda,” made a statement that “Colombia is ready to make the biggest leap of its history, after the wars of independence, and is to seal a stable and lasting peace.”

Once the conference is over, Timochenko will meet with Santos on September 26 to formally sign peace.

This peace deal will then be put to the Colombian people for ratification on October 2.

Unless Colombia rejects the peace agreement, this vote will end more than half a century of armed conflict between the rebels and the state, a conflict that has cost the lives of more than 265,000 people.