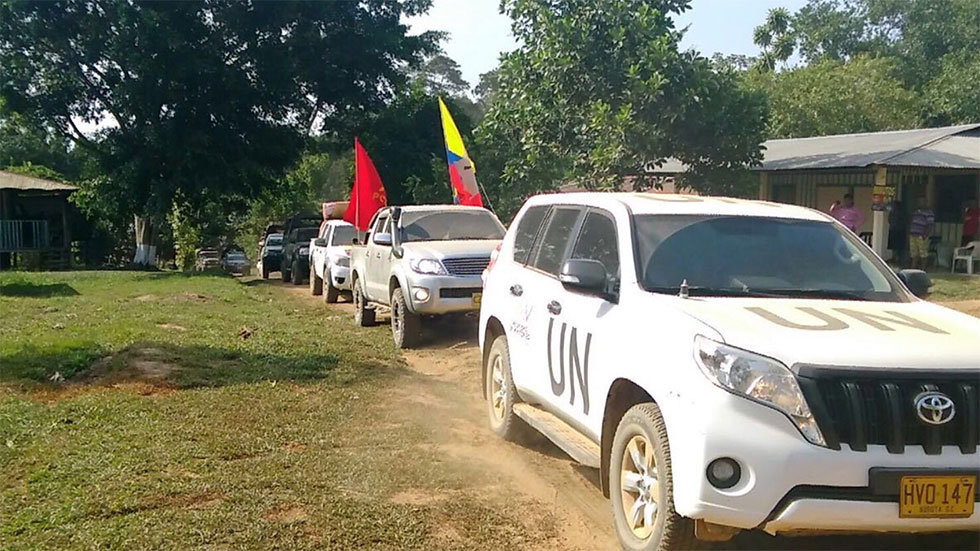 According to the UN, the last remaining FARC guerrillas were being transported to demobilization camps, or so-called ZVTNs, in Colinas, Guaviare and Madrigal, Nariño, both in southern Colombia.

In total, some 6,300 guerrillas have demobilized over the past few weeks after a chaotic process caused by the government’s inability to construct the sites where the FARC guerrillas are expected to stay in the coming months and where they will surrender their weapons.

Before an initial peace deal was reached, President Juan Manuel Santos had estimated that more than 17,500 FARC members would demobilize.

As it seems, the FARC members who are not part of guerrilla units have not demobilized. However, the government, the FARC and UN have so far remained quiet about this.

I estimate that there are about 7,500 FARC armed men and some 10,000 militia members

Because of the government’s logistical problems, the final demobilization was delayed more 40 days and took place two weeks after the FARC was supposed to be fully disarmed.

One of the 26 camps where FARC guerrillas have gathered in Anori, Antioquia, was visited on Sunday by Ireland President Michael Higgins, the second European leader to inspect the FARC demobilization after French President Francois Hollande.

The coming weeks, the UN, the military and FARC representatives still have a lot of weapons and explosives to remove from old guerrilla caches that were either too big or too dangerous to bring with the guerrillas.

According to the official timeline, by March 1, 30% of FARC guerrillas must be unarmed, followed by another 30% on March 31. By April 30, no FARC guerrilla may be in the possession of any type of weapon and the UN will begin operations to remove FARC weapons from their storage.

The weapons will ultimately be melted into three commemorative statues.