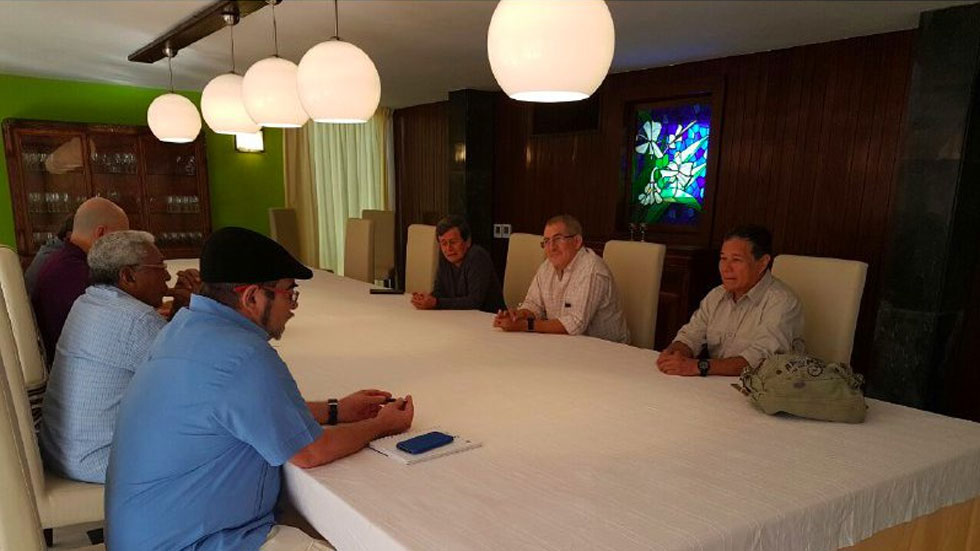 The last time both Marxist groups met to formally discuss peace with the government was in 1991 when both groups decided against it and embarked on a major offensive.

The current situation could almost not be more different than that of ’91. The FARC signed peace with the administration of President Juan Manuel Santos in November last year and the ELN began formal peace talks in February.

The guerrilla summit in Havana was organized by representatives from Norway and Cuba, two of the countries guaranteeing the peace process with the FARC and the talks with the ELN.

Colombia’s FARC rebels return to Cuba, this time to talk peace with ELN

According to FARC leader Rodrigo Londoño, a.k.a. “Timochenko,” his group is trying to promote the ELN’s participation in the ongoing peace process with the FARC.

“We are heading towards a complete peace,” Londoño said on Twitter.

While the FARC’s peace process has produced relatively few violations of the peace deal, the ELN has been fully at war with both state forces and paramilitary Gaitanista Self-Defense Forces of Colombia (AGC), currently Colombia’s largest armed group.

At the same time, the ELN has been holding long-delayed peace talks in Quito.

If the ELN agrees to make peace with the state and demobilizes, this would mean that the last original actor of Colombia’s 53-year armed conflict will have left the battlefield.

This does, however, not mean an end to political violence in Colombia.

Among those still violently active in politics are the AGC and the Aguilas Negras, both dissident groups of the AUC, the paramilitary umbrella organization that formally demobilized between 2003 and 2006 under former President Alvaro Uribe.

Additionally, an unknown number of FARC members have formed at least six splinter groups. After the AUC demobilized, most of the approximately 60 paramilitary splinter groups disappeared within a year.