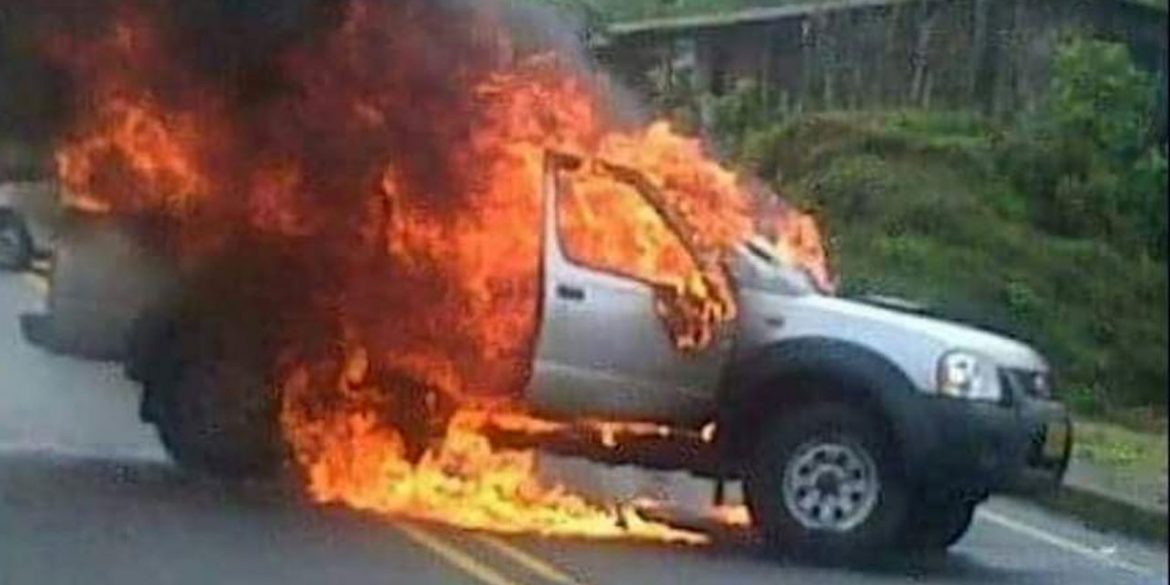 The three members of the prosecution’s technical investigations unit CTI were shot dead after alleged guerrillas of the Oliver Sinisterra Front (FOS) burned their car, according to the Medical Examiner’s Office.

The attack took place on the road connecting the Nariño capital Pasto to the port town of Tumaco, where the FOS and other dissident FARC factions have been vying for control.

Defense Minister Luis Carlos Villegas said Thursday that eight people were arrested in relation to the attack. According to the minister, communication equipment with information about the attack was seized in the raids.

President Juan Manuel Santos condemned the “cowardly assassination” of the CTI agents and congratulated the security forces over the arrests.

“Let there be no doubt that ‘Guacho’ and his people will pay,” said Santos.

Guacho, who founded the FOS after he abandoned a peace process with the FARC last year, has violently been trying to assume control over the west of Nariño and the northwest of Ecuador, where he was born.

The FOS kidnapped and killed at least five Ecuadorean civilians, including two journalists, and has terrorized communities in Nariño’s vast coca-growing areas, particularly in Tumaco.

The rogue guerrillas allegedly receive support and does business with Mexican drug cartels and is estimated to have some 500 members.

The national government sent 2,000 soldiers to the port town in January in a desperate attempt to establish law and order in the area that has suffered state neglect and has been submitted to guerrilla rule for decades.

Guacho, however, is believed to be moving in and out of Colombian territory, taking advantage of coordination failures between the Colombian and Ecuadorean security forces.