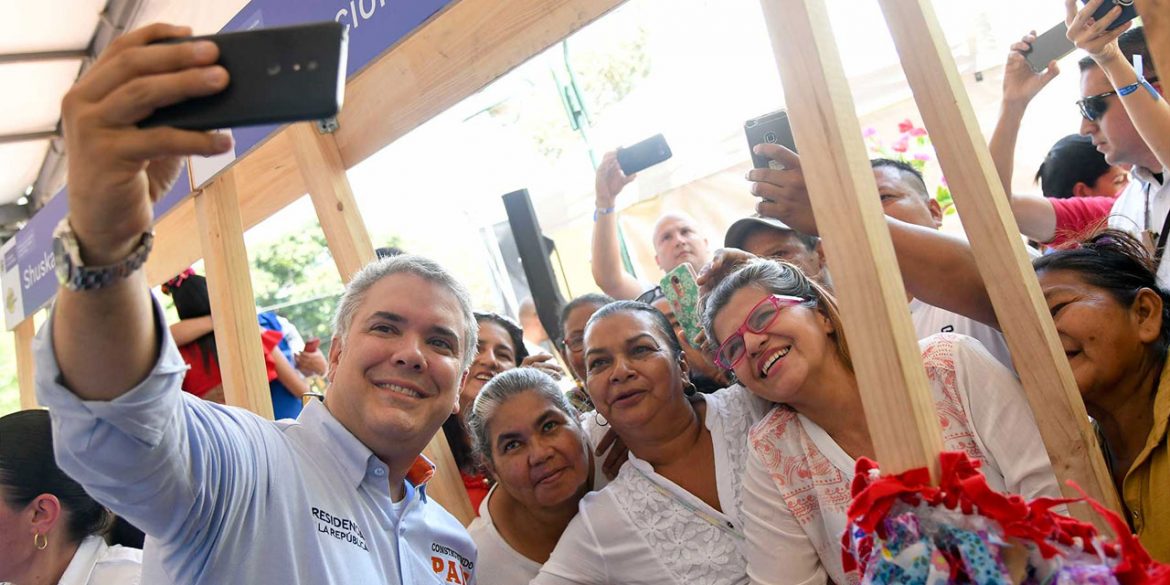 Dissident FARC groups and ELN guerrillas have made considerable territorial expansions throughout Colombia during President Ivan Duque’s first year in office, according to a think tank.

The report of the Paz y Reconciliacion Foundation (Pares) was released on Wednesday, one day before the FARC’s political chief, “Ivan Marquez,” called to rearm.

According to Pares, the number of municipalities with activity of FARC dissidents or rearmed guerrillas went from 58 to 85 between October 2018 and August this year.

The ELN guerrilla group expanded its territorial activity from 101 to 136 municipalities.

The AGC, which was active in 250 expanded its activity to 276 municipalities.

The FARC dissidents’ expansion was particularly successful in the Pacific region, where groups that originally started in the southwestern port city of Tumaco have expanded their activity all the way to the Choco province.

According to Pares, the 23 groups would together have some 1,800 guerrillas, 300 of whom would be new recruits.

“Ivan Marquez” and the commanders who called to reform the FARC as a national guerrilla organization had contact with some of these groups, Pares confirmed.

The worst case scenario would be if Marquez achieves his goal and can reclaim the guerrillas’ original political citing the government’s chronic failures to comply with the peace deal as justification, according to the think tank.

A more violent scenario, however, would be if the FARC’s former political chief fails and the groups become organized crime organizations like some of the groups formed during the partial demobilization of the AUC under President Ivan Duque’s political patron, former President Alvaro Uribe.

Pares confirmed previous reports claiming the group had begun on an ambitious expansion plan, trying to connect its war front in the west to its fronts in the east of the country.

The think tank said that the group was able to expand by changing tactics after February, when a guerrilla attack on a Bogota police academy that killed 22 triggered.

This terrorist attack triggered Duque to rule out the resumption of talks he suspended when taking office last year and the ELN controversially changed their military uniforms for civilian clothing that would make it easier to expand and more difficult for the army to attack.

The backdrop is an abrupt change in the ELN’s territorial strategy. Despite the Duque government’s efforts to strike at this illegal armed group, the results are practically nil. The explanation is the change in modus operandi. For example, the use of camps is no longer so common, they no longer wear uniforms and move in small groups without long weapons.

This new tactic “puts the civilian population at risk, because the ELN effectively seeks to camouflage itself among farmers,” according to the think tank.

Despite having been able to expand the territorial activity of their estimated 3,000 armed fighters, the group’s weakness is consolidating revenue because they often clash with other group, like the EPL in the Catatumbo region and the AGC in Choco.

Meanwhile, they have become the army’s number one priority, making them much more vulnerable than both the guerrillas and the government wants the public to believe, according to Pares.

It won’t be easy for the ELN to resist a determined military onslaught. The atmosphere of peace generated by the signing of the Final Agreement led to a distortion of the image of the ELN’s war capacity: the media have drawn them as a strong organization and now the government presents them as the great enemy. None of this is true.

Civilians’ persistent distrust in the authorities in complicating efforts to combat the guerrillas, according to Pares.

Their ongoing ties to organized crime, and the security forces’ hostile and sometimes violent attitude towards civilians is complicating efforts to combat the guerrillas, particularly in Antioquia.

In this province, corrupt elements in both the army and the police have been working with organized crime since the heydays of the Medellin Cartel and have been involved in several assassinations of demobilized FARC combatants.

Suspected army ties with drug traffickers in Putumayo and Catatumbo are also complicating harmonious efforts between locals and security forces to combat guerrillas.