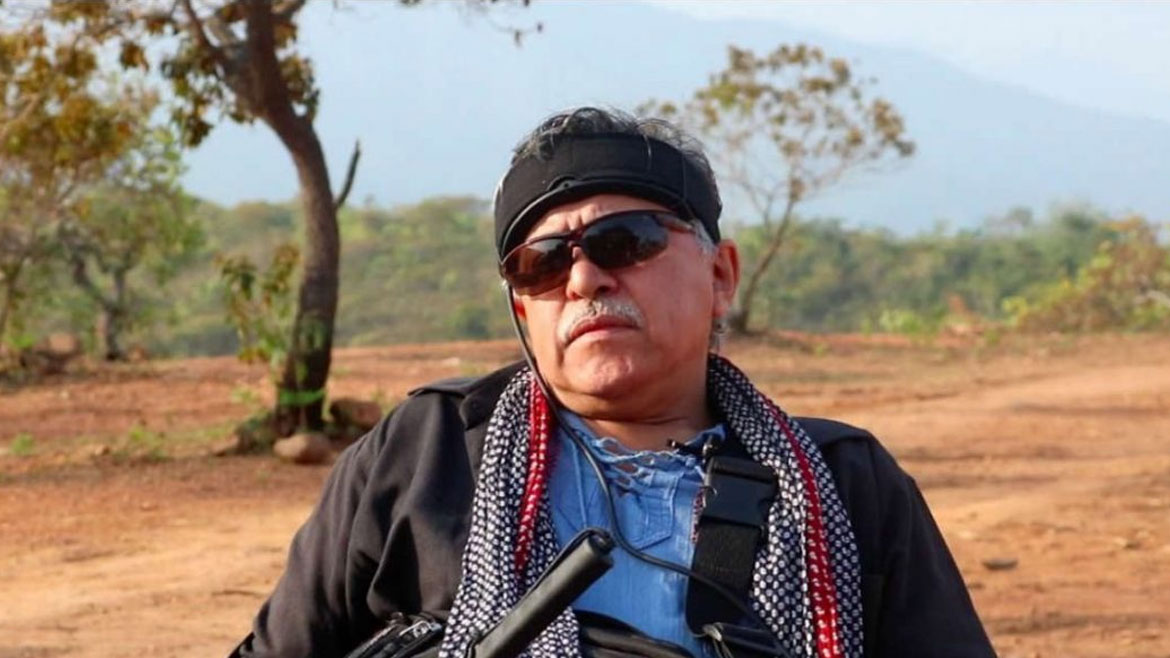 Colombia’s defense ministry said that the virtually blind dissident died on Monday in a firefight with “other criminals,” which was contradicted by Santrich’s group, Nueva Marquetalia.”

According to the guerrilla group of the FARC’s former political chief, “Ivan Marquez,” the top FARC dissident was killed in an operation by the Venezuelan military.

Defense Minister Diego Molano said on Twitter that if his “intelligence” turned out to be correct, this “proves narco-criminals are hiding in Venezuela” in collusion with the government of authoritarian President Nicolas Maduro.

The claim by the FARC dissidents implied that the Colombian government’s accusations made against Maduro are yet another conspiracy theory.

“It’s going to be difficult to know with certainty who killed him,” according to BBC Mundo correspondent Daniel Pardo, who stressed the conflicting political interests of Bogota and Caracas, which didn’t immediately confirm the FARC dissident’s death.

All versions are diffuse and all sources have interests to deny or confirm them. We may be left with the desire to know who killed Santrich.

What is not disputed

What is not disputed is that Santrich was killed on Monday in the Zulia state, close to where the FARC’s former ideologue abandoned the peace process he helped barter in 2019.

Santrich’s death would be a major blow for Marquez, who lost one of his best friends and whose group is one of the main forces that seeks to reunite the FARC after the guerrillas’ demobilization in 2017.

Molano’s claim that Colombian guerrilla groups are seeking refuge in Venezuela is also not being disputed as the military of the neighboring country has been combating FARC dissident groups for months.

In fact, the ELN guerrilla group was active in both countries long before Maduro’s predecessor, late President Hugo Chavez, took office in 1999.

The consequences for Colombia

Santrich’s death ends the possibility of tensions over a pending extradition request that was granted by Colombia’s Supreme Court last week.

This extradition request was justified based on fabricated evidence that would support the testimony of a DEA informant who accused the FARC’s former ideologue of being involved in negotiating a drug deal.

Santrich’s death is also a major blow for Marquez’s because the former FARC ideologue enjoyed great respect among demobilized and rearmed guerrillas.

The trumped up US criminal charge surged anti-imperialist sentiments and the formation of more than two dozen FARC dissident groups by former FARC member who had lost faith in the peace process.

Nueva Marquetalia’s attempts to unite these groups are being opposed by a rival group, the so-called Southeastern Bloc, which rejected the FARC’s 2016 peace deal with former President Juan Manuel Santos since before it was signed.

Also this group, which is led by “Ivan Mordisco” and “Gentil Duarte,” is trying to incorporate this new wave of guerrilla groups.

Perhaps most importantly, Santrich’s death is a major blow for his victims, who lost every opportunity for justice.