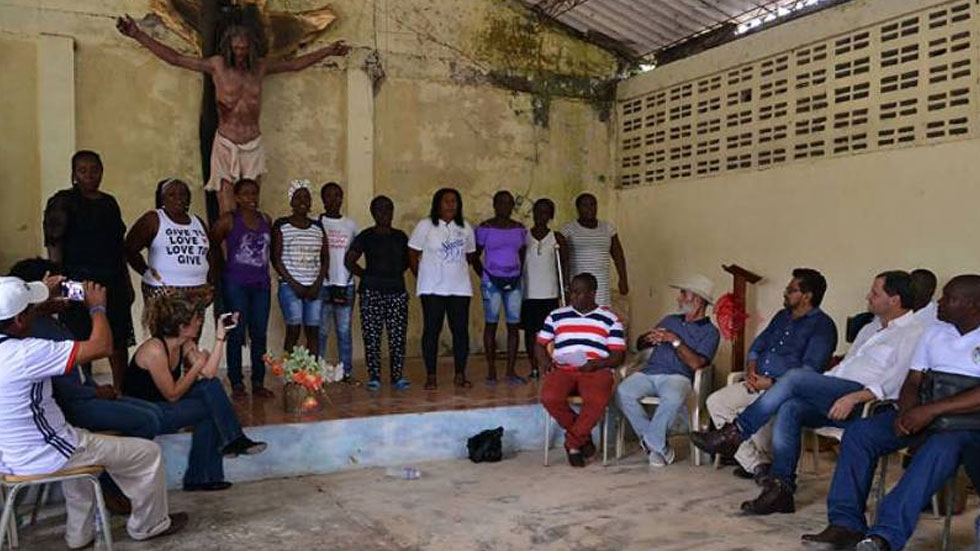 Top-ranking members of the FARC returned to the northwest-Colombian village of Bojaya to deliver a Christ statue that was destroyed in 2002 when the guerrillas bombed the church and killed 79 civilians.

The Bojaya massacre is one of the worst atrocities committed by the former guerrillas in their 52-year war against the state between 1964 and Monday when FARC leader “Timochenko” signed peace.

While fighting state-loyal paramilitary forces in the town, the FARC launched a home-made mortar that landed on the church where some 300 locals were hiding from the combat.

The accidental attack on the church left 79 locals dead, the town’s church destroyed and the local community traumatized for life. 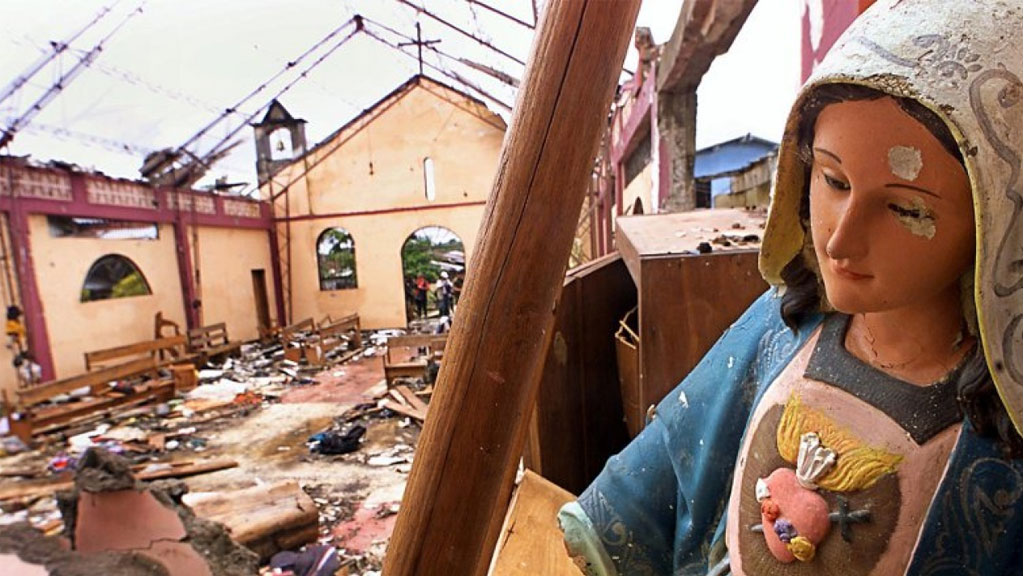 The church of Bojaya after the FARC massacre. (Image credit: ADN)

The guerrilla leadership had already visited the village to ask forgiveness, but as part of the peace deal with the government, the FARC will also have to repair their victims and the damage they caused.

In the first public act of reparation that was attended by both locals and Peace Commissioner Sergio Jaramillo, FARC leader Luciano Marin, a.k.a. “Ivan Marquez,” reiterated the group’s request for forgiveness and delivered a eight-foot Christ statue made by Cuban sculptor Enrique Angulo.

“With our souls in remorse, we beg to be forgiven and be given hope of spiritual relief that allows us to — with you — pave the way that, when reconciled, will lead us to a time of justice the poor in all corners of Colombia have longed for.”

“We know that forgiveness is an intimate affair of the human consciousness that can only be granted in its full dimension of saving and healing if it can count on sincerity and true repentance,” Marquez told the villagers.

Local cantors, who impressed the nation on Monday when they welcomed peace with a traditional Afrocolombian chant at the formal peace ceremony, took to the stage of the church of La Loma and again chanted, this time to commemorate the loved ones they lost in the massacre.

The leadership of the FARC, accused of having carried out more than 300 massacres, is currently touring Colombia in an attempt to beg forgiveness for the atrocities committed by the former guerrilla group.

On Friday, the rebels’ leaders will travel to the town of Chinita where in 1994 guerrillas indiscriminately opened fire at some 200 locals attending a party, killing 35 of them.

The guerrillas suspected that former members of the EPL rebel group were attending the party.

As one of the most important parts of the peace deal, the guerrillas and the state alike are obligated to beg forgiveness for their crimes and both mentally and physically try to repair the damage caused in more than half a century of war.

Suspected guerrilla and state war criminals will also have to appear before a transitional justice court where they can receive alternative sentences to prison on the condition they fully and without hesitation clarify their crimes.

A Truth Commission will also investigate the conflict that has left more than 265,000 Colombians dead, 45,000 missing and 7 million displaced.