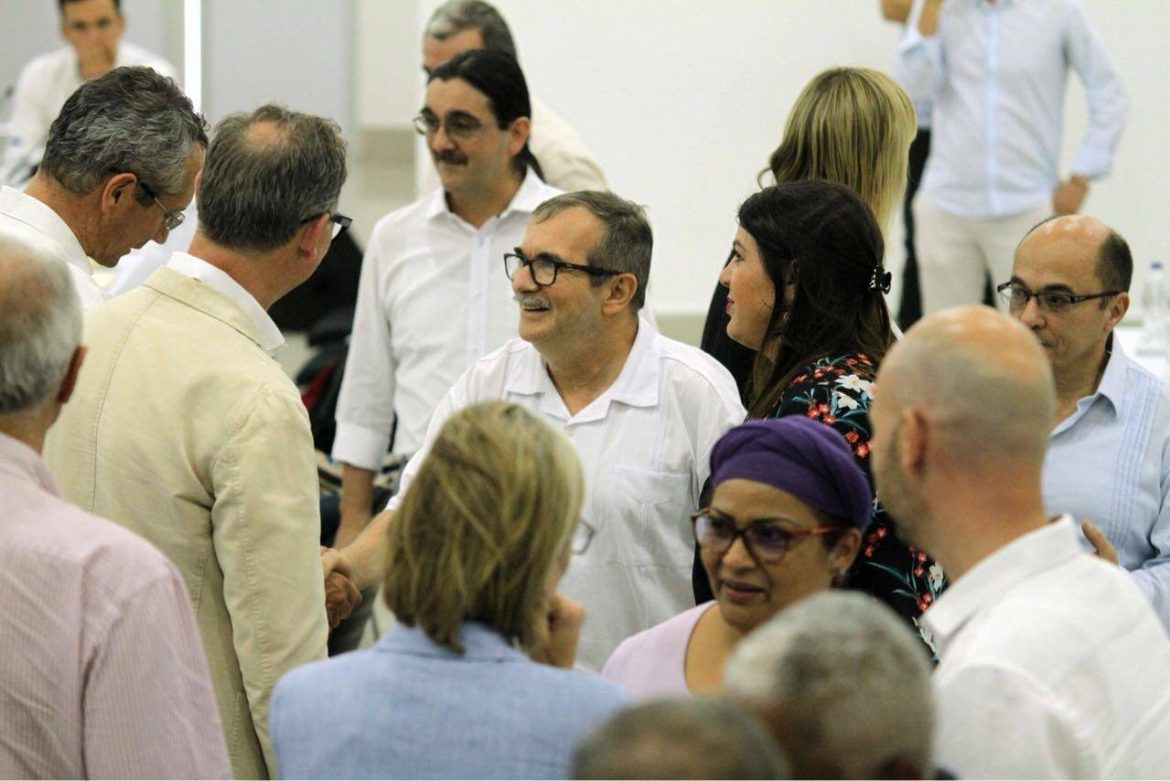 The FARC’s director, Rodrigo Londoño, on Twitter celebrated the fact that “we have lived the most tranquil elections in decades.”

“The peace process is bearing fruit,” Londoño said, stressing that “the electoral process that ended today constitutes an unprecedented event in the recent history of the country.”

The absence of violent acts during the congressional vote as well as during the two presidential election rounds, and the significant increase in voter participation are indicators of a new reality that originates, among other factors, from the Havana agreements.

At a press conference held with other FARC leaders, Londoño said that “we respect the decision of the majority” of the electorate that elected Ivan Duque, the leader of the opposition to the peace process with the FARC, as president on Sunday.

Duque was elected on promises that he would undo agreements made in the 2016 peace deal with the former guerrillas.

Londoño said that the FARC “expresses its willingness to meet with the president-elect so he can expose his vision in regards to the implementation of the peace deal.”

The FARC leader, however, urged Duque to not reject “the responsibilities assumed by the state towards Colombian society and the international community” in regards to peace.

“The only thing this would achieve is a new cycle of multiple types of violence, something that the current and future generations would never forgive,” Londoño said.

The FARC leadership called on unity among supporters of peace and promote “what the country demands, an integral peace that leads to the desired reconciliation based on social well-being, truth, justice, the integral reparation of conflict victims and the guarantee of non-repetition”

Only this unity, transformed into organization and mobilization, will be able to stop the temptation of the most backward sectors in the nation’s politics to deepen hatred and differences of all kinds with the sole purpose of perpetuating their privileges.

Duque has vowed to make substantial changes to the peace process he and his political allies have rejected even since before a deal was signed.

The process does not only have consequences for the FARC, but also the more than 8 million victims left by the violence cause by the guerrillas, the military and far-right paramilitary groups associated with some of Duque’s political allies.