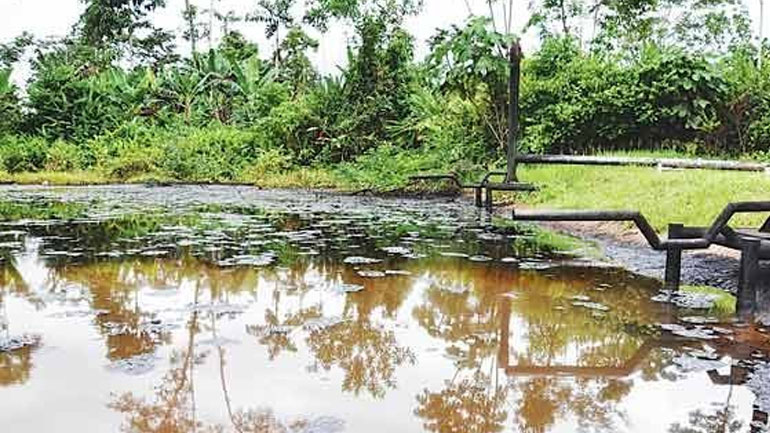 FARC rebels allegedly blew up an oil pipeline in the southwest of Colombia, causing the second environmental emergency within 48 hours.

According to the authorities, members of the FARC’s Daniel Aldana unit blew up the Trandandino pipeline which transports crude oil from the wells in southern Colombia to the Pacific coast.

The incident took place in Tumaco, a town that has seen an increase in rebel activity after the FARC suspended a unilateral ceasefire they had been upholding since December.

The bombing of the oil pipeline caused an oil spill into the Caunapi river that flows towards the Pacific Ocean.

The attack is the second on southern Colombia’s oil industry within 48 hours. On Monday, alleged rebels of the 48th Front forced 19 oil trucks to spill more than 200,ooo gallons of crude oil, causing major pollution in the Amazon jungle region.

Also in Tibu, a municipality in the northeast Colombia, alleged members of the 33rd Front blew up a pipeline.

According to Ecopetrol, Colombia’s state-run oil company, the attacks “put people and the environment at risk, and affects the well-being of the communities and the normal development of their activities.”

The FARC refrained from attacking oil infrastructure between December 2014 and May this year as it was upholding a unilateral ceasefire.

However, when on April 15 a FARC unit in the southwest of the country carried out a surprise attack on a nearby-stationed army unit, it set off a chain of events.

An airstrike killing at least 26 alleged guerrillas in the west of the country on May 22 spurred the rebels to suspend their ceasefire and resume attacks on security forces and infrastructure.

These attacks and army offensives left several civilians dead and displaced more than a 1,000 in one month.

As violence continues, negotiating teams in Havana, Cuba are trying to negotiate an end to the armed conflict between the leftist rebels and the state that has been ravaging Colombia since 1964. The conflict has left more than 260,000 Colombians dead and has left more than 7 million victims.

Since talks began in November 2012, the negotiating teams have agreed on rural reform, political participation and the guerrillas’ abandoning of drug trafficking.

Before a peace deal can be reached and Colombia’s 51-year-long war between the FARC and the state is over, the negotiators have to find agreement on victim compensation, the end of conflict and the eventual reintegration of fighters and application of transitional justice.