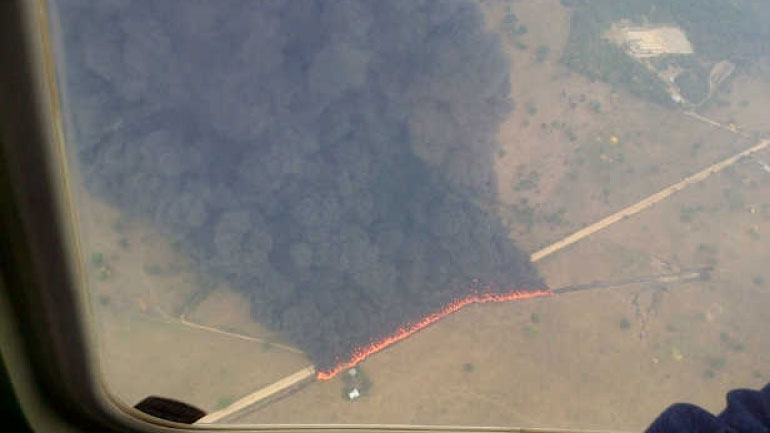 A series of alleged FARC attacks on oil infrastructure in the northeast of Colombia forced state-run oil company Ecopetrol to suspend operations while displacing more than 50 families.

According to Caracol Radio, the rebel group blew up the Caño Limon-Coveñas pipeline and a number of oil pumps in Teorama and Tibu, two municipalities in the heart of the FARC-controlled region of Catatumbo.

“They set fire to wells and blew up the pipeline,” local Alirio Perez told the radio station.

According to the eye witness, one of the fires set by the guerrillas destroyed 12 homes and spurred the displacement of some 50 families.

“This worries us because it is the civilian population that suffers the most,” said Perez.

Newspaper El Espectador reported that seven people were injured in the attacks.

According to state-run company Ecopetrol, the military has entered the area where the attacks took place to make sure oil workers are able to carry out repairs.

In the meantime, the oil company suspended all operations in the area and shut down pumps in order to avoid more crude oil to pollute the area.

According to authorities, the oil spilled into the Catatumbo river which flows to Venezuela and into the Maracaibo lake.

The Caño-Limon Coveñas pipeline is the largest in the country, transporting crude oil from the northeastern Arauca province to the Caribbean coast where it is shipped off for refinement.

The latest attack on oil infrastructure follows more than 20 attacks attributed to the FARC after it suspended a unilateral ceasefire on May 22.

Since then, the guerrillas attacked energy towers in the west and south of the country, leaving one million Colombians without power for days.

In the southern Putumayo and Nariño provinces, the FARC was also accused of blowing up oil pipelines and forcing oil trucks to spill their cargo, causing mayor environmental emergencies in the respective regions.

Combat between the rebels and National Army has left many hundreds displaced in the west and southwest of Colombia in the past three weeks.