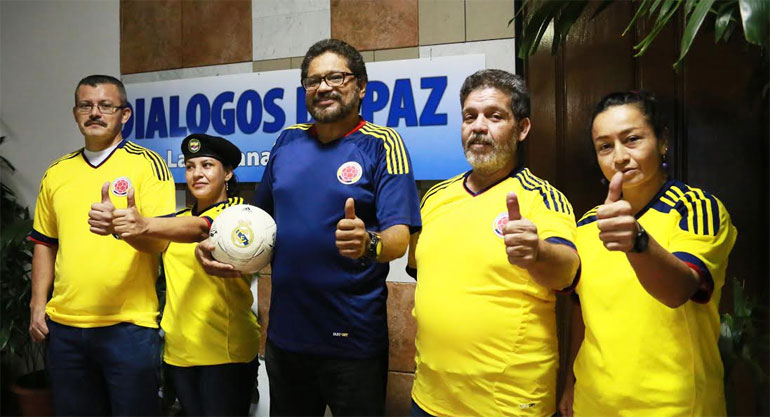 The FARC said in an open letter that they accepted “with pleasure” an offer made by Colombian soccer star Carlos “el Pibe” Valderrama to play the informal soccer games in support of the peace process.

“Let’s throw an SOS, a plea for Maradona to come and play with us so that we can finally achieve a peace that has eluded us for decades,” said the FARC’s chief negotatior Luciano Marín Arango, alias ‘Iván Márquez,’ to the local media.

In an open letter accepting the “challenge,” the FARC claimed that soccer discussions over national and international tournaments and the Colombian national soccer team make up a large part of conversation among the guerrillas during their “moments of rest from marches and combat.”

“We claim the nature of soccer as heritage of our people,” said the FARC in the letter.

The guerrillas said there would two matches, one held in Havana, Cuba, where peace talks between the government and the rebels have been taking place for over a year, and another in the Caribbean city of Santa Marta.

Peace talks have recently started back up as negotiators work towards a solution on Colombia’s problems with drug trafficking. Earlier this year, tentative agreements were reached over rural land reform and political participation for the rebels in the event of a peace deal.

Colombia’s conflict has been waged for over half a century and has left 220,000 dead and 4.5 million displaced.