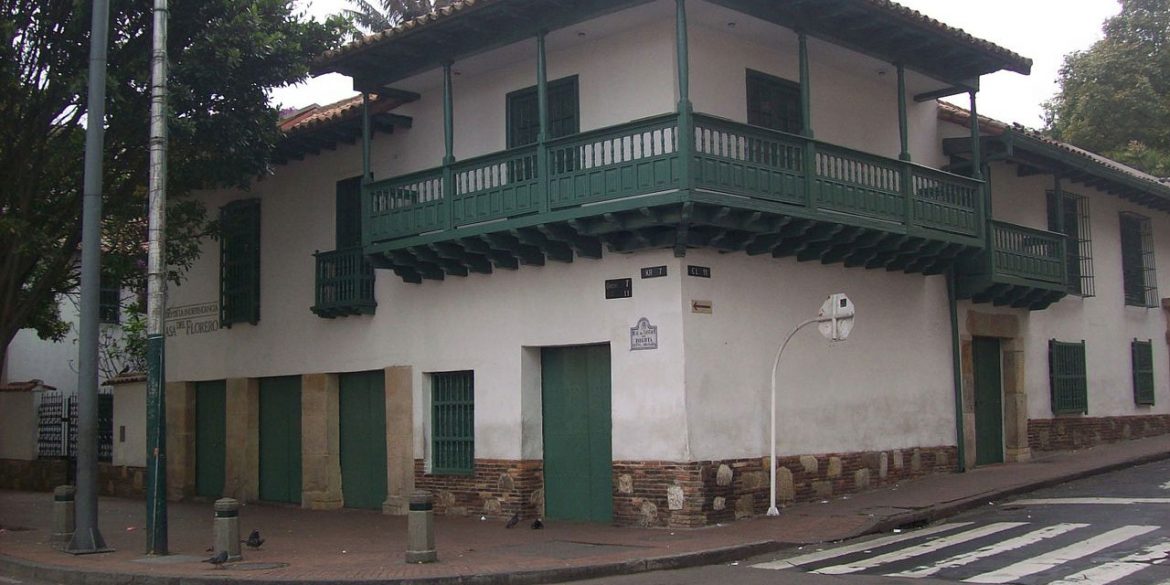 On the 20th of July of 1810, the Creoles of Bogota—then known as Santa Fe—had the last straw; the uppity Spanish ruling class made its last mistake. The mistake was to refuse to lend the Creoles a small, elaborate, porcelain flower vase for a welcome party. It is believed the occasion was just an excuse used by the Creoles to pick a fight. And it worked. As a result of this curious incident came the act of rebellion and the declaration of independence.

The Creoles might have smashed the vase had they got their hands on it. Thanks to the scruples of its Spanish owner, the vase survived. So did the house in which it was found, an old one on the corner of the main square in the center of Bogota. There you’ll find a museum where you can learn more details than you ever wanted to know about any one vase, gaze with uninterrupted awe at said artifact, see what the building housing said relic is like, what the chaps looked like who were variously involved in those events, what kind of liquor bottles they kept, surviving spoons, belts (there is something odd about the belts; they keep popping up in unexpected places), swords, daggers, chairs and maps—drawings and paintings of Bogota in that epochal epoch.

A brief museum, the house itself is worth noticing, worth imagining what life in such a place must have been like, what our lives would be like if we designed our living spaces on such patterns with fountains, gardens, balconies and cloisters. There is a certain damp smell these old houses with thick walls, heavy, tiled floors, low ceilings and exposed wooden beams and balconies preserve: the smell of an old way of life, and an interesting part of the museum. There is also a settled atmosphere in such and old place, as if it has worn time around itself by being there so long.

Two rooms deserve special mention, just because you don’t expect them: the first is the room dedicated to the figure of Santa Librada, a sort of Catholic statue of liberty. The figure is not large, and it is the figure of a crucified woman. The room tells the history of this relic, its veneration, and some of the associations from which this baptized patron of liberty arose. The second room worth special notice is the room dedicated to Antonio Nariño. Nariño was a Jacobin of great influence in the Colombian revolution. He inspired, led, contended, did time in jail—in short, was for liberty all his life. He is also known as the father of Colombian political journalism. You will find family artifacts, sword, epaulettes, and other such paraphernalia—excluding his belt, however—there on view, including a large painting.

Colombia has many interesting, fraught epochs; from the time of the conquest till today these have been occurring pretty much serially and without interruption. This museum in the heart of the old city preserves one of the many altercations, one of the happier ones in the end. For 3,000 COPs you can enjoy all nine rooms at your leisure.