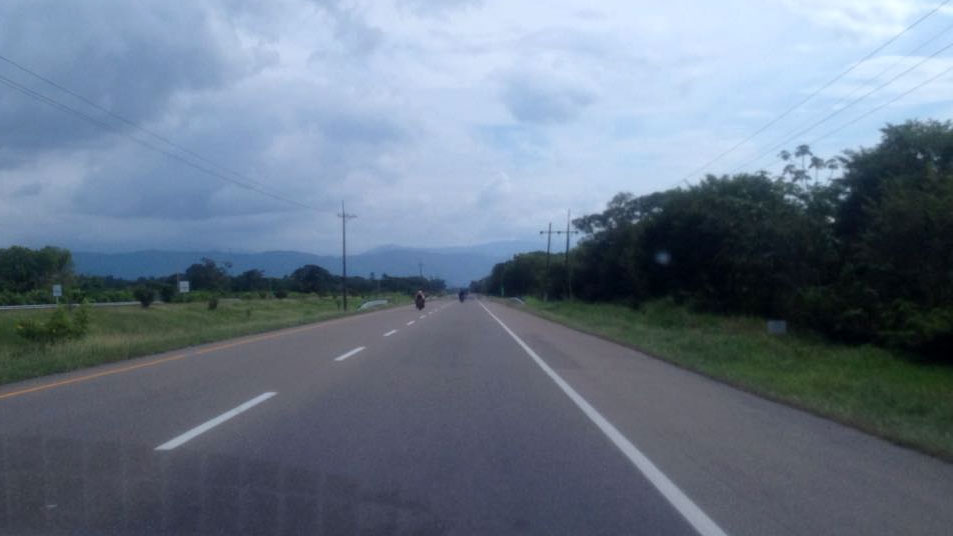 As evidence mounted against him, a judge announced that former Liberal Party senator Otto Bula, would not be granted bail, and would instead be held in Bogota’s La Picota prison, which has a wing dedicated to former public servants.

Bula was arrested on Saturday for allegedly taking $4.6 million in bribes to help secure a contract in 2013 for Odebrecht’s Colombian branch, Concesionaria Ruta del Sol S.A.S., to build the Ocaña-Gamarra highway.

Odebrecht successfully secured the work and certain favorable conditions through an amendment, which was not competed, to the existing Ruta del Sol contract.

The domino effect of the Odebrecht bribery scandal in Colombia

According to testimony provided by Odebrecht’s legal director Yezid Arocha, an agreement reached between Bula and Odebrecht in August 2013 promised Bula 1% of the value of the awarded Ocaña-Gamarra amendment, with payments being made via two companies in China and Hong Kong.

Arocha also claimed that Bula had carried out work for Odebcrecht twice before, El Espectador reported.

According to the prosecution, freeing Bula at this time “would be putting the investigation at risk,” reported El Tiempo.

“We’re not just dealing with any normal conduct or behavior. We are dealing with a crime that threatens the public administration. And one that legally protects itself through its ties with [certain] people and their social standing,” said the deputy prosecutor, according to El Tiempo.

The far-reaching scandal has also implicated three congressman, each from different parties.

Alejandro Chacon of the Liberal Party, Alfredo Cuello of the Conservative Party and Bernardo ‘Ñoño’ Elias of the Party of the U were all mentioned in testimony given by Eleuberto Martorelli, Odebrecht’s Director in Colombia.

According to Martorelli, the three Congressmen had each met with Bula regarding the fraudulently awarded Ocaña-Gamarra highway contract amendment.

All three have denied any involvement, and Chacon further claimed he did not even know Bula nor Martorelli, local media reported.

The massive corruption scandal has meanwhile reignited the bitter rivalry between President Juan Manuel Santos and his predecessor, Alvaro Uribe, and officials in their respective administrations.

According to the US Department of Justice, the Brazilian company paid some $11 million in bribes during both rivals’ administrations.

On Wednesday, Senator Ernesto Macias of Uribe’s Democratic Center party announced that he will file a criminal suit against Cecilia Alvarez and Gina Parody, two former ministers in the Santos administration, alleging misconduct in modifying the Ocaña-Gamarra highway contract in October 2014.

“What we want is for the authorities to determine if Minister Cecilia Alvarez favored Minister Gina Parody’s family. But, in addition, to determine if there was undue participation by Minister Parody in the [solicitation] in which they defined the modified [highway] route. We have clear that she expressed no issue, when it is evident that her family was going to benefit greatly [from the new route],” Macias reportedly told El Espectador.

Santos and Uribe clash again, this time over children

Uribe also took to Twitter where he defended himself, continued to distance himself from his former deputy transportation minister, the recently arrested Gabriel Garcia, and reiterated the allegations regarding Parody and Correa’s potential involvement.

It did not take long for Parody to respond on the social network, where she posted a joint statement with Correa to her account, saying “no one is surprised” to hear Uribe’s “lying and hate-filled tricks.”

“The two people who according to the Colombian justice system may have received money for corruption in the Odebrecht case worked in his administration or have ties to his family. Why does he not respond to what he should respond to?” Parody and Alvarez responded on Twitter.

On Wednesday while at the Global Economic Forum in Switzerland, Santos said that he will denounce the Ruta del Sol highway project he himself inaugurated in 2015.

“What is now necessary is to find a way to declare this contract void, and to find a way forward to complete this road by other means,” local media quoted him as saying.

Odebrecht pleaded guilty in December in a U.S. federal court in Brooklyn for conspiring to violate a U.S. foreign bribery law after an investigation involving political kickbacks at Brazil’s Petrobras unearthed the bribery scheme.

From 2001 to 2016, the engineering firm paid hundreds of millions of dollars in bribes in association with projects in 12 countries, including Brazil, Argentina, Colombia, Mexico and Venezuela, according to the U.S. charging papers.

The uncovered corruption includes an alleged $11.1 million in bribes in Colombia to win the two public works contracts for Section Two of the Ruta del Sol, and the Ocaña-Gamarra highways.