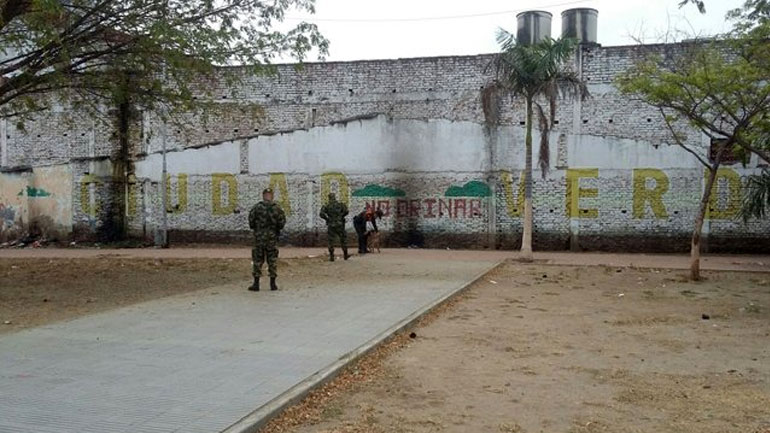 Authorities in Cucuta, Colombia’s biggest city on the Venezuela border, declared the highest alert after an explosive device injured eight policemen. Police suspect ELN rebels have targeted the city amid a nation-wide campaign of increased violence.

The artifact went off in the middle one of Cucuta’s main squares, the Parque Lineal, little after 6:30AM just when a group of policemen were gathering.

According to Caracol Radio, it was not immediately clear whether the explosive device was a bomb or somebody had thrown a grenade.

Cucuta Police commander Colonel Jaime Barrera said that both the Army and the National Police are searching the area to makes sure it’s clear of explosives.

Barrera said the local Police Department had gone on maximum alert amid fears that the ELN might have begun high-profile urban attacks amid a wave of violence by the rebels who have said to be close to formal peace talks with the government.

The FARC, the largest of Colombia’s rebel groups, carried out a similar intensification of violence ahead of peace talks, possibly to use the rebels’ perceived military prowess as leverage in negotiations.

While Barreras admitted his department had not defined the suspected culprit of the attack, “we have the obligation to tell you that terrorist attacks have occurred in the city and there might be other alterations.”

“We have our units on maximum alert because of the ELN,” that according to an independent conflict monitor has carried out 30 attacks across Colombia in the first 40 days of the year.

According to conflict analyst Ariel Avila of the Peace and Reconciliation Foundation, the ELN are using “an old FARC tactic that worked for the FARC two and a half years ago,” when the other guerrilla group was engaged in peace talks, but had not yet called a unilateral ceasefire.

The ELN is particularly active in Catatumbo, a region just north of Cucuta, and in Arauca, a province southeast of the capital of the Norte de Santander province.

Additionally, the guerrilla group has relatively isolated strongholds in the Antioquia and Choco province in the center-north and west of Colombia.

Lastly, the group has been highly active in the southwestern Nariño province.

Meanwhile in Cucuta, a city of 600,000, Barreras called on inhabitants to “give us any information , not just about this criminal act, but all possible things that could be involved. We call on the community to continue supporting us so that we can neutralize acts of terrorism in the city.”