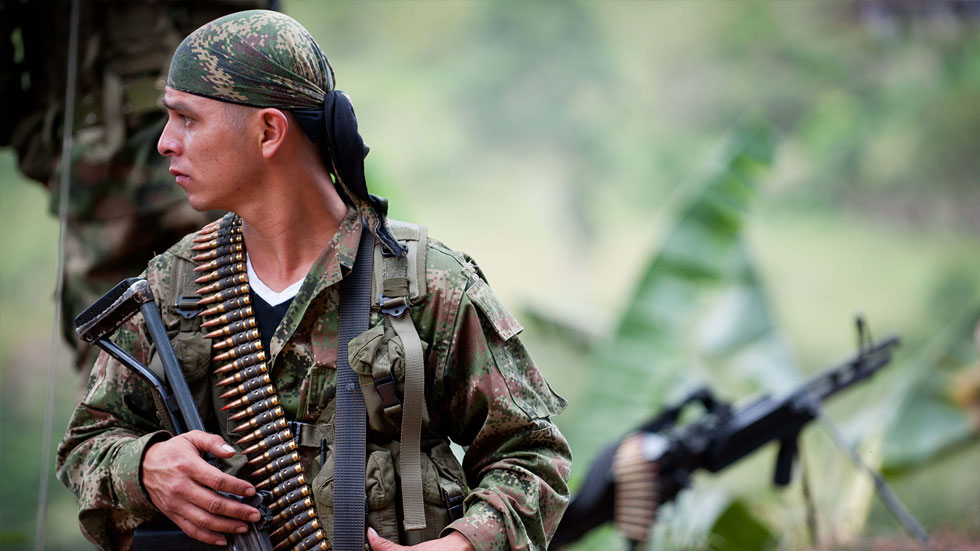 A bomb that exploded in central Colombia on Wednesday is raising fears that a recently split dissident group from the FARC is carrying out guerrilla attacks.

The bomb was attached to a motorcycle and exploded close of the town hall of El Retorno, a mainly rural municipality in central Colombia that is surrounded by coca plantations.

Two policemen, two civilians and one child were left injured after the explosion. Several nearby buildings were damaged by the blast.

According to authorities, the bomb seemed to have been detonated at the moment the two policemen passed the vehicle.

Military sources told newspaper El Tiempo that they’re primary suspect is the FARC’s First Front, which was recently expelled from the organization after refusing to take part in the guerrilla group’s pending demobilization and disarmament.

The FARC’s first front exercises great control over the area southeast of El Retorno, but is not the only active illegal armed group in the region.

The attack could be a retaliation of a recent mass offensive on coca cultivation in the region that according to the military resulted in the destruction of 104 laboratories.

While the FARC’s 1st Front has traditionally offered protection to the local coca growers and drug traffickers, it is not the only possible suspect.

Neo-paramilitary groups like the Urabeños, the Bloque Meta and the Libertadores and Vichada have major influence in the cocaine trade from the region and a new group, FIAC also announced it presence more than a year ago.

The latest attacks between the military and illegal armed groups comes after a long period of relative peace, mainly due to a bilateral ceasefire that was closed with the FARC in June.

The country’s oldest and largest guerrilla group is preparing to demobilize and disarm while making the final adjustments to a peace deal negotiated with the administration of President Juan Manuel Santos since 2012.