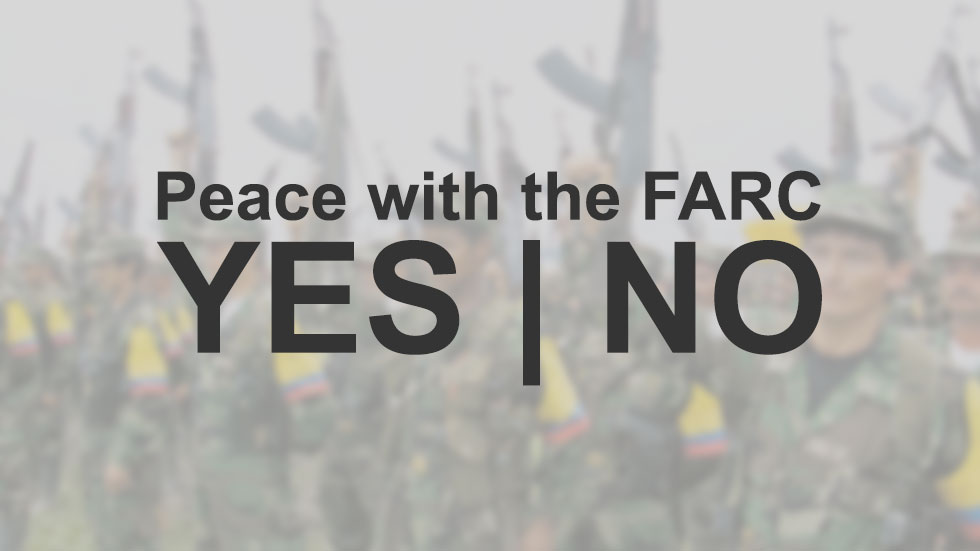 “Do you support the final agreement to end the conflict and the construction of a stable and long-lasting peace?”

This is the exact question Colombians will be asked on October 2 in a plebiscite that, depending on the outcome, will either ratify or reject a recently closed peace deal with the country’s largest rebel group, the FARC.

President Juan Manuel Santos revealed the exact wording of the plebiscite question after the Senate and House of Representatives granted to convoke the popular vote.

Colombia to vote on FARC peace deal on October 2

Colombia’s Constitutional Court, which ruled the plebiscite was the appropriate form to seek popular ratification of the deal, urged the government to formulate a question that is clear and easy to understand, as well as not misleading, biased or tendentious.

The popular vote is the last remaining hurdle to be taken for the demobilization and disarmament of the FARC, the infamous rebel group that has been violently combating the state since 1964 in a conflict that cost more than 265,000 lives and displaced millions.

Negotiation teams representing the Santos administration and FARC leadership have been negotiating the deal since early 2011 and announced they had successfully concluded the talks.

The result is a 297-page peace agreement that includes far-stretching political and rural reforms seeking to tackle the causes of Colombia’s armed conflict in which numerous actors have played a role over the years.

Additionally, the deal allows the Marxist FARC rebels to take part in mainstream politics with a guaranteed 10 seats in Colombia’s 266-seat Congress for the coming two congressional periods.

While the vast majority of Colombia’s political parties supports the deal and have been campaigning for a “Yes” vote, the Conservative opposition is seeking a “No” vote, claiming the peace accord is unconstitutional.

More than 2,000 independent electoral observers will be deployed in an attempt to prevent fraud.