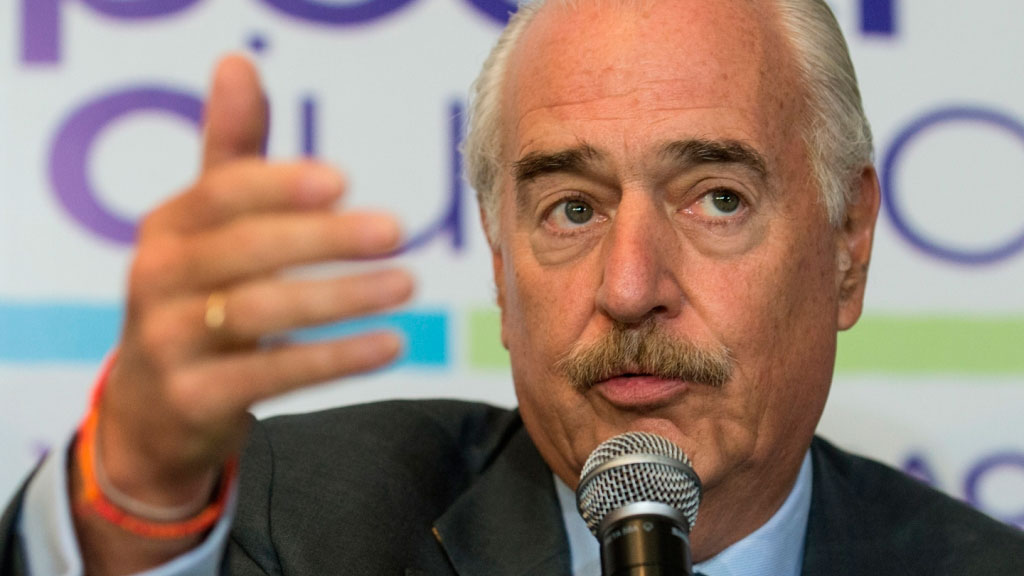 A former President and Conservative Party mogul, Pastrana led failed peace talks with the FARC between 1999 and 2002.
War and peace

Former Colombia president Andres Pastrana resigned from a presidential peace commission in protest of a recently made deal on transitional justice as part of ongoing peace talks with FARC rebels.

Pastrana (Conservative Party) sent his letter of resignation to President Juan Manuel Santos explaining that he had many doubts about the transitional justice deal signed on 23 September.

The Super Commission made up of a wide range of top government and opposition politicians was set up in March to advise Santos during the final phases of the peace process.

Pastrana originally accepted the invitation to the commission, which he admitted had a “noble purpose,” on the condition that it operated “within the limits of the Constitution.”

However, on Thursday he resigned from the commission citing his disappointment in the transitional justice deal which he claims was “the biggest concession achieved by the FARC after the acceptance of drug-trafficking as a crime connected to their ideals.”

The justice deal outlines the maximum punishments that guilty guerrillas, military, state officials and civilians will receive for war crimes committed during the 51-year-long civil conflict. Those who cooperate with the process will receive a maximum of eight years “restricted liberty.” The FARC will be safe from extradition to the US for drug-trafficking and kidnapping charges.

Human Rights Watch has said that the deal is too soft on war criminals, but this includes guilty parties from the State as well as the guerrilla.

The former president expressed his concern that with this “hasty clandestine agreement” the country’s judicial power will be replaced with “a group of nationals and foreigners” and the special powers extended to the president as part of the constitutional reform would be “dictatorial.”

Pastrana lamented the “shadow of doubt” that the deal with FARC cast over the constitutional order of the country and, refusing to give “a blank cheque” to the FARC, resigned from the Commission.

Marta Lucia Ramirez, a former Defense Minister and critic of the peace talks, had already resigned from the Super Commission claiming that it was just a paper commission. Ramirez explained, “this Commission for Peace had no importance in president Santos’ decisions.”

With the departure of the Conservatives and the refusal of former President Alvaro Uribe‘s Democratic Center party to take part, the commission now only consists of coalition members and leftist supporters of the talks.

Pastrana, who served between 1998 and 2002, was the last president before Santos to engage in formal peace talks with the FARC.