The ex-head of telecommunications for Colombia’s demobilized paramilitary group, the AUC, was released from prison on Thursday after having completed his eight-year sentence, according to the Prosecutor General’s Office.

Jesus Bastos, alias “Parabolico” or “Movil 15,” who was in charge of installing antennae for paramilitary communication across Colombia, was released from prison after having completed his eight year sentence under the Justice and Peace Law, yet will be subject to three years and nine months of probation, according to the Prosecutor General’s Office. 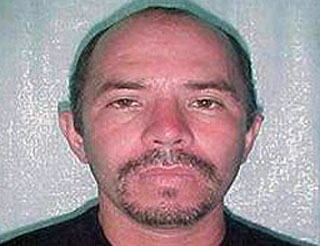 Colombia’s Justice and Peace Law was enacted in 2006 to legally sustain a demobilization treaty between right-wing paramilitary group AUC and the government of former President Alvaro Uribe. In exchange for cooperating with the authorities and demobilizing, the AUC’s commanders and middle men received a pledge that no-one who came in as a result of the law would receive more than eight years in prison.

Parabolico was in charge of installing antennae for paramilitary communication between the Colombian states of Cesar, Bolivar, Santander, Nariño, and Cordoba. The antennae were part of the paramilitaries’ political and military strategy, used as a “weapon of war” to openly divulge their alleged crimes under the guise of fighting the guerrillas, according to Colombia’s conflict-monitoring website Verdad Abierta.

In addition to Parabolico’s release, 46 incarcerated ex-paramilitary commanders and middle men accused of homicide, forced disappearances, forced displacement, torture, sexual violence, and recruitment of minors are eligible for release from prison as of Friday August 15.