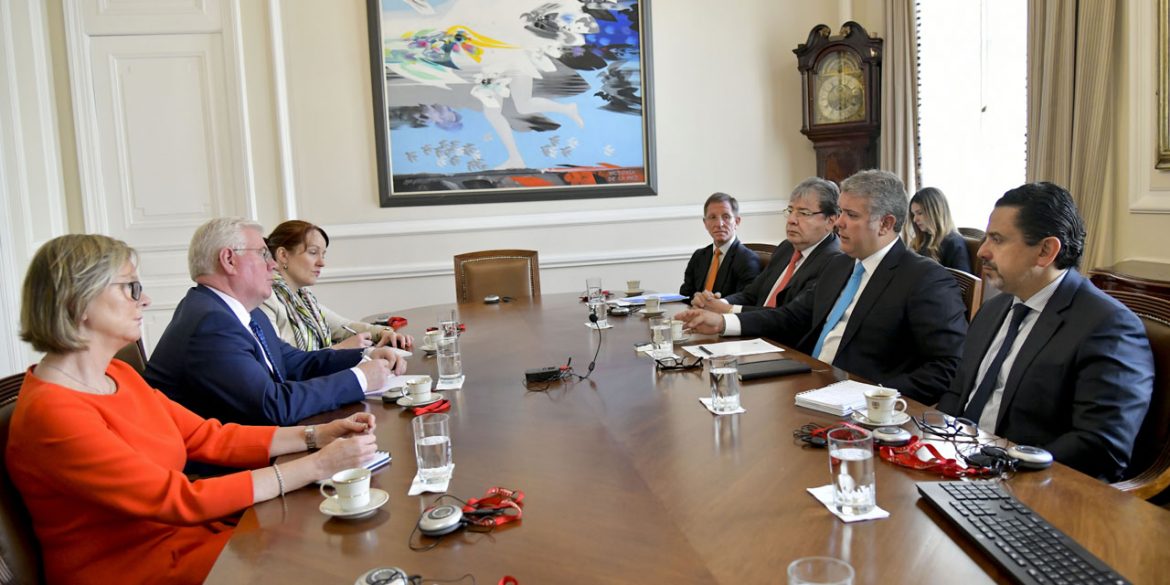 The European Union will contribute more than $2.2 million (€2 million) to a prosecution unit that seeks to dismantle paramilitary groups, the EU’s special envoy to Colombia’s peace process said Tuesday.

The EU official, who has been on an official visit to Colombia since Thursday, reiterated the EU’s “unrestricted support” of the peace agreement after meeting with President Ivan Duque on Monday.

We talked about several aspects of the peace agreement, but especially about what I consider to be the biggest challenge it faces: the continuation of the murders of ex-combatants, social leaders and human rights defenders.

The projects of the investigation unit will focus on curbing violence by the paramilitary groups in the capital Bogota, and in the provinces of Valle del Cauca, Putumayo, Norte de Santander, Meta, Caqueta and Antioquia where the FARC used to exercise control.

The EU resources are intended to promote technical and logistical assistance in these areas, as well as allowing officials working from Bogota to reach rural crime scenes more quickly.

The special investigation unit to dismantle paramilitary group was part of a 2016 peace deal with the FARC. Its mandate has become increasingly urgent following the homicides of hundreds of human rights defenders, community leaders and demobilized FARC since the peace process began.

The prosecution unit began working in late 2017 and, apart from finding those responsible for the mass killing of social leaders and former guerrillas, is supposed to break the historical ties between economical and political elites and illegal armed groups.