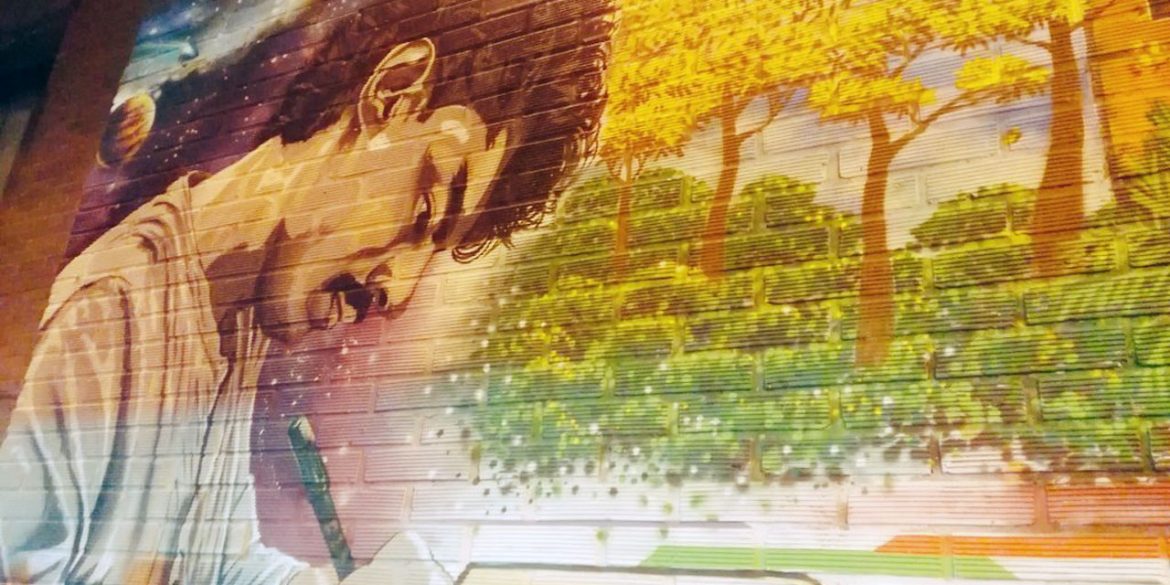 Hundreds gathered at a Medellin art festival on Monday to demonstrate against the spiralling violence and impunity that plague Colombia’s second largest city.

Central to the opening night was one of the victims, graphic artist Mauricio Ospina.

The artist, 35, was caught in the gunfire of two hitmen outside a bar in December: his death has come to symbolize the violence in the city, which is on the rise again with at least 626 murders in 2018.

Most of these murders go unmarked by the public or the city. Exactly one month after his death, there has been no movement towards justice for Ospina’s murder, though this is in no way uncommon.

Death is naturalized. The instinct of life is no longer our instinct here. We must become a new society. The society we are today simply cannot continue. Art is a way of imagining a new society.”

The demonstration in Carlos E Restrepo Park – one of Ospina’s old hangouts – was neither a vigil nor a memorial. The message was not a message of victimhood, but of struggle and transformation.

“Mauro fought for a world different from ours – unequal, machista, and utilitarian. We too fight for a world where we can raise our voice. Enough of the justification murder; enough with the murder of our social leaders. Enough of all of those who want to push us into war.”

Jorge Posado, activist and friend of the victim

The park was packed and buzzing, with hip-hop, dance, poetry, and stand-up comedy as well as panel discussion, a photography auction, and book stalls. A mural of Ospina had been erected, an art exhibition displayed photos of murdered youths, alongside graphic art which protested and ridiculed the political culture which causes these deaths.

Medellin, the end of a fantasy? Violence on the rise again

The festival was a rejection of violence in the city, a catharsis of grief, and a vision of how the future can be created: with art and with culture – ways to change the paradigm of power and governance in Colombia.

“Mauro was convinced that art and culture are a way to of transgress, to reclaim and transform this world. Mauro, through sketches, illustrations, poems, and debates, expressed his discontent and questioned the violence, discrimination, indifference and social injustices that are manifest in Medellín.”

Friends and colleagues gave moving tributes to their friend, and those who attended the event honoured his memory with the slogan ‘Mauro lives in us’, with T-shirts, murals, graphic art, and slogan’s hashtag spreading the message of resilience online: #mauroviveennosotros.

“To be together – whatever and wherever that might mean – that’s the antidote to violence and individualism.”

In 2018, Medellin, the city that was once posited as an example of transformation, registered an increase in homicides for the third consecutive year. Homicides increased 7% that year and are up 27% since 2015.

2019 began as violently as the year before ended: more than 45 people have been murdered since the beginning of the year.