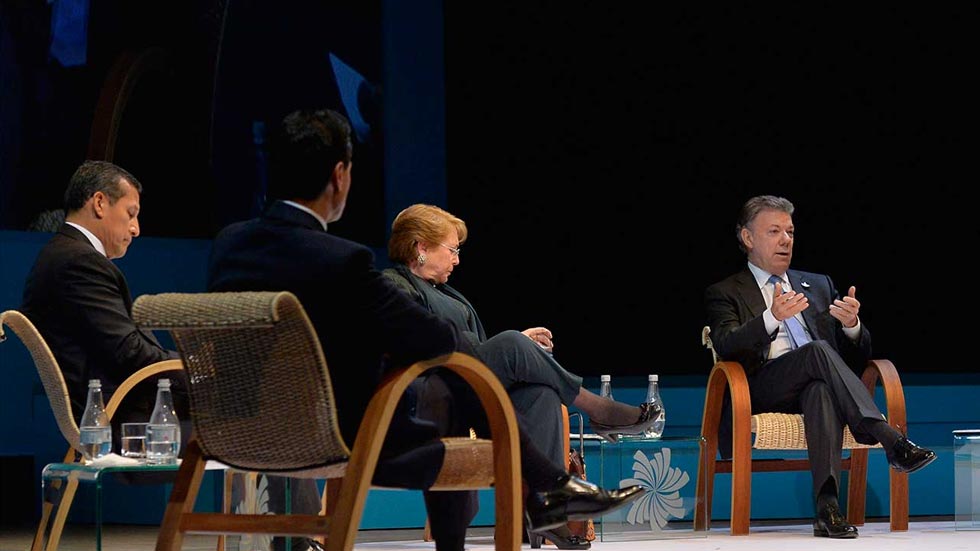 Colombia President Juan Manuel Santos said Thursday that the national economy could grow an extra percentage point per year if the country’s 52-year-old armed conflict comes to an end.

Santos has been negotiating peace with the FARC and the ELN, two guerrilla groups that have fought the state since 1964.

While talks with the ELN have yet to be formalized, the much larger FARC has already agreed to a bilateral ceasefire and its demobilization and disarmament.

“The ceasefire agreement frees up a potential that has been repressed by war. This will allow the private sector to reach the markets and areas they never were able to reach,” Santos said at a summit of the Pacific Alliance regional trade block.

As a consequence, the national economy could grow “at least 1% per year” more than it would without successful peace efforts.

According to Santos, the disappearance of the FARC as illegal armed group will additionally create investment opportunities for both Colombian nationals and foreign firms.

Santos attended the Pacific Alliance summit in Frutillar, Chile, together with his counterparts from other member states Chile, Mexico and Peru.