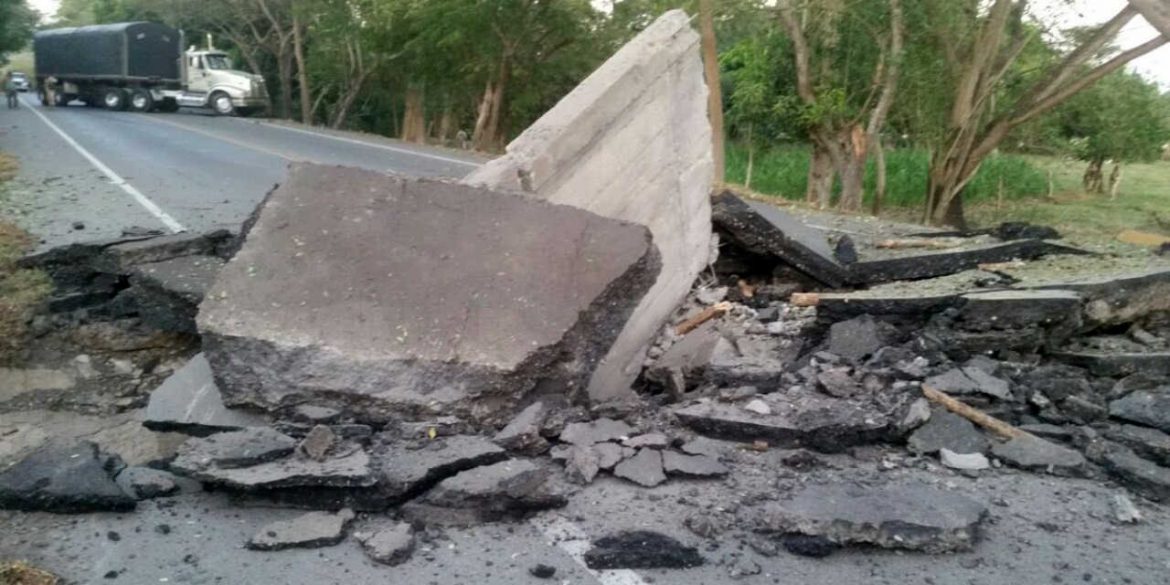 Colombia’s last-standing rebel group, the ELN, disconnected the capital Bogota from the Caribbean coast with two bombs attacks on infrastructure as part of a national shutdown.

Hours after the attack in the northern Cesar department, ELN negotiators in the Ecuadorean capital Quito met with dozens of social leaders who are mediating the resumption of a ceasefire and peace talks.

The “armed strike” is a show of force of the guerrillas that takes place days after the expiry of a three-month ceasefire that kicked off in October.

The attack in Curumaní, Cesar damaged a major highway connecting the Caribbean coast with the interior of the country. An abandoned truck with ELN graffiti was parked at 100 meters away from the site of the attack.

An attack in the nearby Pelaya partially destroyed a bridge over the road between Bogota and the coastal cities Santa Marta and Barranquilla.

The guerrillas banned all traffic in Colombia from Saturday until Monday. Residents of regions where the rebels are active generally obey to guerrilla rule.

Multiple negotiation teams are trying to convince the guerrillas and the government of President Juan Manuel Santos to end violence and resume peace talks that have taken years to prepare.

Santos has said the ELN should reduce hostilities before negotiations can be resumed.

The guerrillas refuse and hold the government responsible for a wave of assassinations of social leaders that followed a peace deal with the much larger FARC group.

The FARC is now a political party, which criticized the ELN after alleged guerrillas of that group murdered demobilized FARC members in the southwest of the country.

The two groups independently took up arms against the state, and the ruling class accused of being an oligarchy by the Marxist groups.

The ELN has control over a few rural regions, but has also carried out hit and run bomb attacks in large cities like Bogota and Barranquilla.