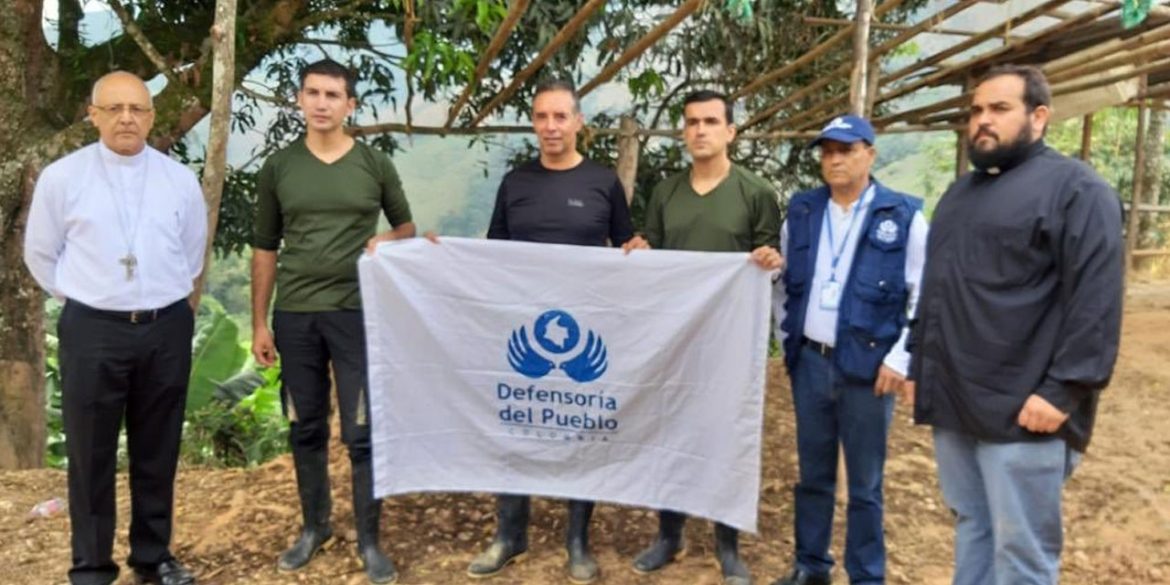 ELN rebels released the three crew members of a helicopter that was taken down in northeastern Colombia last month as it was transporting $500 thousand.

The pilot and two employees of money transport firm Brink were surrendered to a humanitarian commission consisting of Ombudsmen personnel and representatives of the Catholic Church.

The men were taken hostage after guerrillas shot down their helicopter in Hacari, a town in the rebel-controlled Catatumbo region near the Venezuelan border.

Both EPL and ELN claim downing a helicopter transporting $500K, but ELN got away with the loot

The Ombudsman’s Office said on Twitter that the hostages were released in a rural area of Catatumbo where the ELN and regional narco-guerrilla group EPL are vying for control.

Following their abduction on January 11, both the EPL and the ELN claimed to have downed the helicopter.

Only the ELN claimed to have taken the crew members hostage. The guerrillas said that the $500,000 on board the aircraft would be used for the group’s “revolutionary struggle.”

The release came a day after the kidnapping of a policemen by self-proclaimed dissidents of the now-demobilized FARC guerrilla group in Fortul, Arauca, another rebel-controlled region on the Venezuelan border.

The off-duty traffic policeman was take hostage after armed men stopped a bus at a guerrilla roadblock and found out the man was police.

Authorities fear that the alleged FARC dissidents killed the traffic cop after finding a body nearby the place where the rogue guerrillas stopped the bus and took the man.

Unlike the ELN, the FARC demobilized last year, but chronic state failures to execute the peace deal signed in 2016 and a sudden rise in the killing of social leaders spurred hundreds of guerrillas to rearm.

Both groups were formed in 1964 and have sought to topple Colombia’s notoriously corrupt government for decades, but without success.