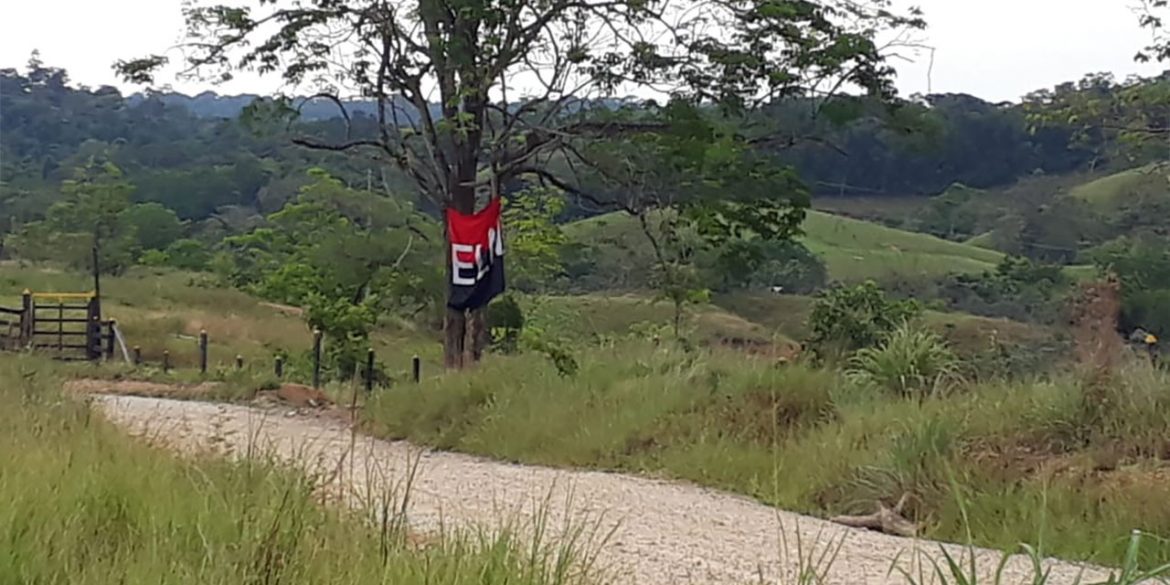 Defense Minister Carlos Holmes said the security forces are in their highest state of alert.

The Military Forces and the National Police will respond with appropriate and legitimate firmness and with full rigor to the threats of these terrorists. We will not allow these criminals to blackmail the Government with terrorism and attacks on the civilian population and infrastructure.

Trujillo said that the security forces will be on ready “to attend any protection needs requested by citizens.”

The ELN urged people “not to be fooled by the government and its armed forces.”

Any civilian who travels in a caravan with the military and ends up in the crossfire at check points or during ELN ambushes is responsible for allowing to be used to sabotage the strike.

The commander additionally told drivers of buses and trucks that they “should keep in mind that neither the government nor the owners of the vehicles will take responsibility for the loss of your vehicle or boat.”

The guerrillas said that the ambulances and funeral caravans will be exempt from the strike.

It is in the population’s best interest to comply with this order not to move along the transport routes during the 72-hour armed strike. Being prudent and staying in your homes will avoid regrettable consequences.

Transport companies and residents of areas where the guerrillas are the effective authority generally don’t take the risk to call the guerrillas’ bluff out of fear of retaliation.

While highly disruptive in guerrilla territory, the armed strikes generally don’t affect Colombia’s main highway infrastructure where the ELN often doesn’t have the means to enforce their rule.

The February armed strike is a show of force displayed annually, with the exception of last year when an alleged ELN bomber killed 22 police cadets in a terrorist attack in Bogota.