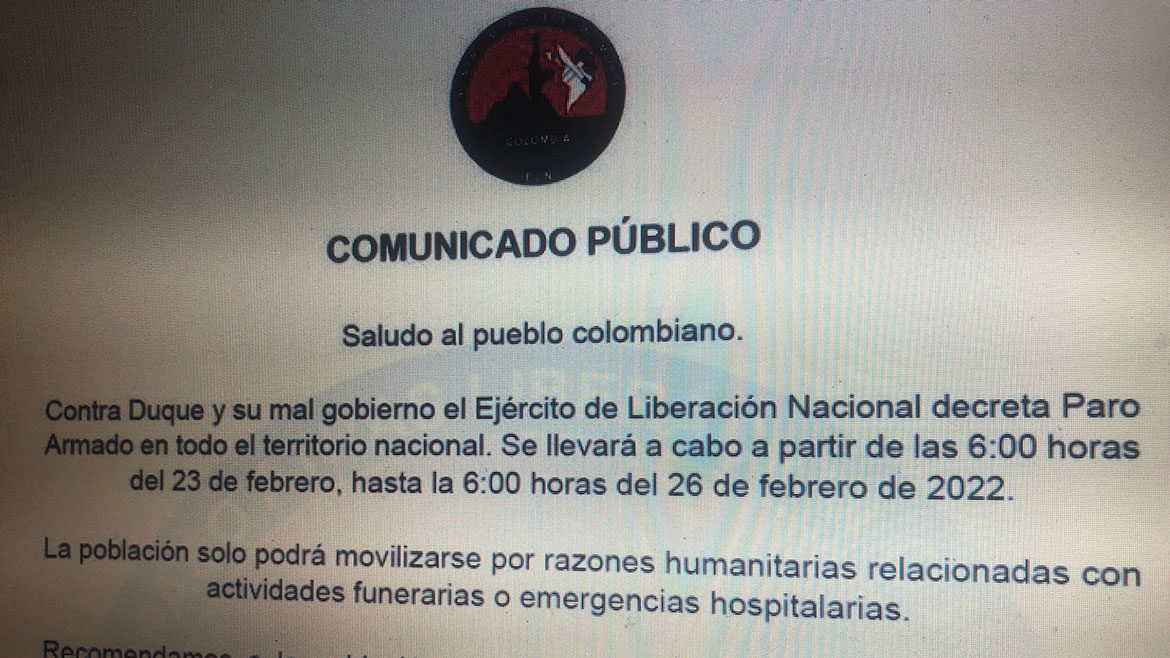 Guerrilla group ELN announced its first economic shutdown since the beginning of the coronavirus pandemic.

The “armed strike” that will begin on Wednesday, the ELN said on a guerrilla website and in a pamphlet that was shared on social media platforms.

According to the ELN, the guerrillas ordered the shutdown in opposition of President Ivan “Duque and his misrule.”

The ELN banned the transport of people and goods for the duration of the shutdown. Shops must also remain closed, according to the rebel group.

Guerrillas have historically enforced the shutdown in regions under their control.

The population will only be able to move for humanitarian reasons related to funeral activities or hospital emergencies. We recommend that the population remain in their homes or workplaces and avoid traveling for security reasons.

The country has to trust its security forces that are deployed with all their capabilities to ensure the mobility of citizens.

During the 2020 shutdown, the security forces withdrew from streets in regions where the ELN is strong.

This shutdown was particularly disruptive in regions along the border with Venezuela where the guerrilla group has been active for decades.

The security situation in this border region and along the Pacific coast has deteriorated significantly during the pandemic.