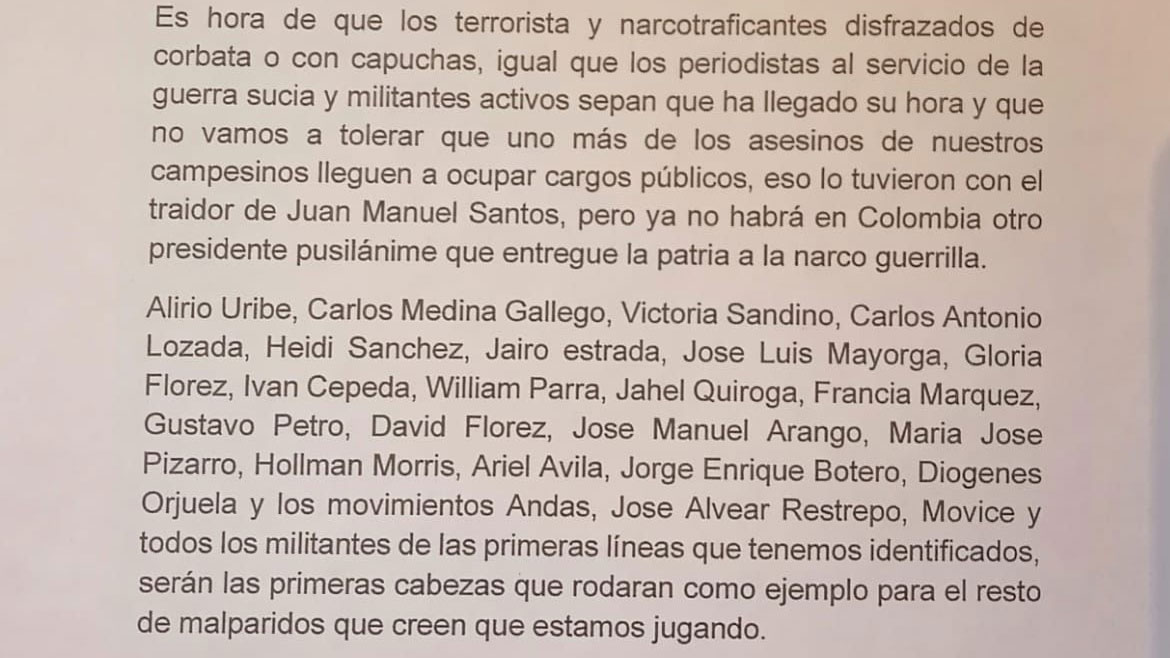 Electoral violence in Colombia doubled since 2018

Election observers said that Colombia’s congressional elections in March were more than twice as violent as those in 2018 and the most violent since 2010.

In a report, the independent Electoral Observation Mission (MOE) said Tuesday that it has registered 581 acts of electoral violence in the year before March 13 when a new congress was elected.

This is 109% more than during the last election cycle in 2018 and makes this year’s election cycle the most violence since 2010, according to the MOE, which has monitored elections since 2007.

According to the MOE, deadly violence like homicides and forced disappearances remained virtually the same despite the sharp increase in general violence.

The NGO registered 103 assassinations and four cases of forced disappearance with a possible electoral motive. Ahead of the 2018 election, 110 leaders were murdered and one disappeared.

With the exception of Bogota, the violence mostly took place in relatively densely populated provinces with a long history of both political violence and organized crime.

As part of the peace process, victim representatives from these provinces were allowed to run for 16 transitory seats in the House of Representatives.

The MOE said that the violence was partly due to historical political violence against emerging political forces and the resumption of armed conflict in parts of the country that followed the 2017 demobilization of now-defunct guerrilla group FARC.

This increase in violence against leaders is also framed in a context of reconfiguration of the conflict, characterized by the consolidation of multiple illegal armed groups that have taken advantage of the vacuum left by the extinct FARC guerrilla group and the State’s inability to occupy the territories.

According to the MOE, illegal armed groups like guerrilla group ELN, paramilitary organization AGC and FARC dissidents were responsible for more than 31% of the violence ahead of the elections compared to less than 13% in 2018.