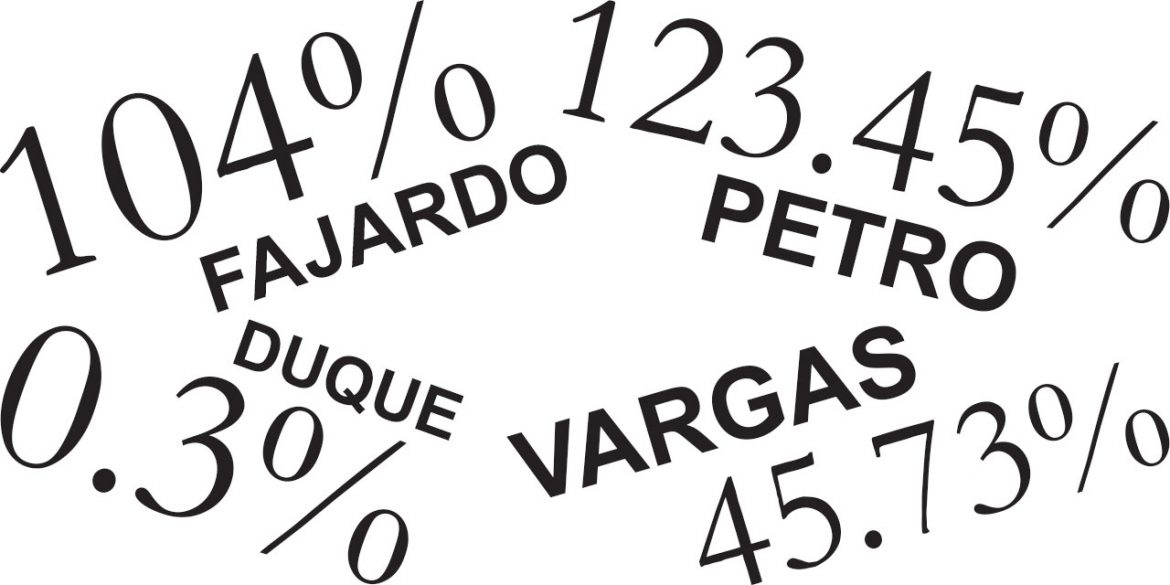 Colombia’s opinion polls are notoriously unreliable. These four polls that were released over the past week should demonstrate why.

The Guarumo-Ecoanalitica poll is used by El Tiempo, the newspaper that used to belong to the family of President Juan Manuel Santos and is currently run by his brother-in-law.

It is unclear whether this poll, which boasts the highest number of participants, is registered with electoral authorities that claim to monitor poll results’ authenticity.

Because Guarumo-Ecoanalitica is new, there is no historical record of the pollster’s general accuracy.

The Consultores de Opinion (CDO) poll is fake, according to the National Electoral Council (CNE), which demands all pollsters to register and provide transparency about their methods.

The poll was promoted by former Vice-President German Vargas, and apparently shuffled the results of a different pollster, CNC, to benefit the establishment candidate.

Ironically, because CDO is not registered, the CNE can’t impose sanctions on the pollster. Instead, the electoral authority said it would investigate the news media that reproduced the poll.

Vargas, whose political party is represented in the council, will not be investigated.

The Invamer / Gallup poll is a registered poll that regularly publishes approval ratings and opinion polls. Yet, it is among the least reliable polls in Colombia.

For example, in 2016 it predicted that Colombia would approve the ongoing peace process with the FARC with 67.6% against 32.4%. The country’s voters rejected the initial peace deal with 50.2% against 49.8%.

The pollster only interviews people in the country’s five largest cities.

The poll conducted by Los Llanos University has been promoted by supporters of anti-establishment candidate Gustavo Petro.

According to the university, its online poll was an “academic activity” that used a Google form to poll the electoral intentions of almost 3,200 people.

Because the university did not publish information about the demographics of the participants, there is no saying how much the expressed voter intention resembles that of Colombia’s electorate.