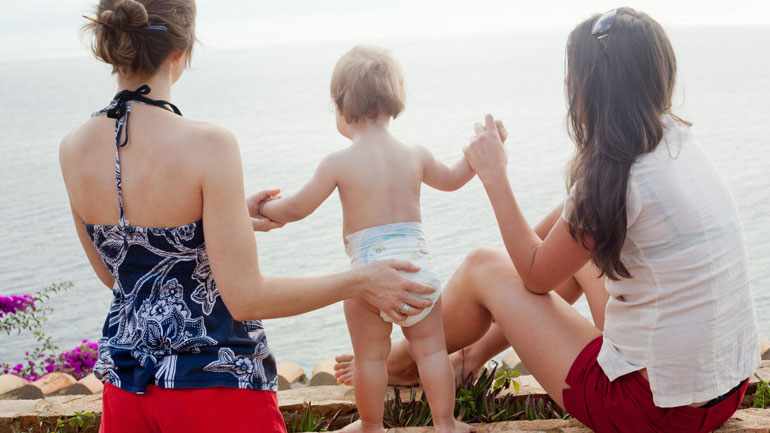 In just one week since the historic ruling allowing gay couples to adopt children in Colombia, 33 congressmen have said to back a referendum to reverse the momentous decision.

Senator Viviane Morales originally appeared alone in her crusade against the Supreme Court’s new liberal law, only supported by angry religious organizations and their outspoken ecclesiastical leaders in immediate reactions to the landmark day in the courtroom.

But in a surprising sweep, Morales has managed to get 32 other Senators, mainly from the Democratic Center and Conservative parties, on board the anti-gay rights train only seven days after the unprecedented achievement for the historically marginalized population in the country.

The referendum to revoke the recently passed constitutional ruling requires the new opposing force lead by Morales to obtain a minimum of 1.8 million signatures by March 2016. Morales, however, in her aggressive campaign, has set the bar almost twice as high — seeking to incite 3 million citizens to stand with her against the ruling.

Morales herself belongs to the Liberal Party, as do four of her new campaign teammates. The Senator stated she aspires to rally a larger liberal constituency from the House of Representatives, her next governmental recruiting station.

The current Congressmen behind Morales have signed a hard resolution against the ruling of the Supreme Court, which they qualified as having overridden the Constitution and of assuming functions not consecrated to the judicial body.

According to the document, the legislators stated that the Court, in its ruling, established a backwards precedent — that adoption is a right of adults and not, as the opponents to the ruling believe, a protection mechanism for children that lack a family. The document further claimed that the Court ignored previous trends, and seized powers that, according to the Constitution, belong to Congress.

“Since the Supreme Court has manipulated normative faculties that go much further beyond its role of guarding the Constitution, it is essential to go to the primary constituent through a referendum, to express the importance of such a vital affair as the rights of boys, girls and adolescents to have a mother and father,” the signees wrote.

For conservatives like Senator Hernan Andrade of the Conservative Party, the Court’s ruling is an “attack” against the Constitution and Congress itself. “The Court threatens the family in a baseless way. We aren’t going to let the Court end the values and principles that govern Colombian society,” Andrade declared.

Morales and her support team’s objectives don’t only translate to a signing of a resolution. The Congressman are also taking on the commitment to convert its opposition movement into potential votes — for now through signatures that back the referendum. The rising political coalition will be coordinating with regional promoters committees that senator Morales already had installed in coming months.

Colombians will be asked as a part of the referendum if they accept the distinct family model established in Article 42 of the 1991 Constitution, which establishes its conformation as a man and woman, in the context of a legally binding matrimonial union.

Morales and her 32 followers will continue to wage legislative war against the Supreme Court’s decision in the following months, with the liberal Senator committed to taking the issue to Congress in the first semester of next year.