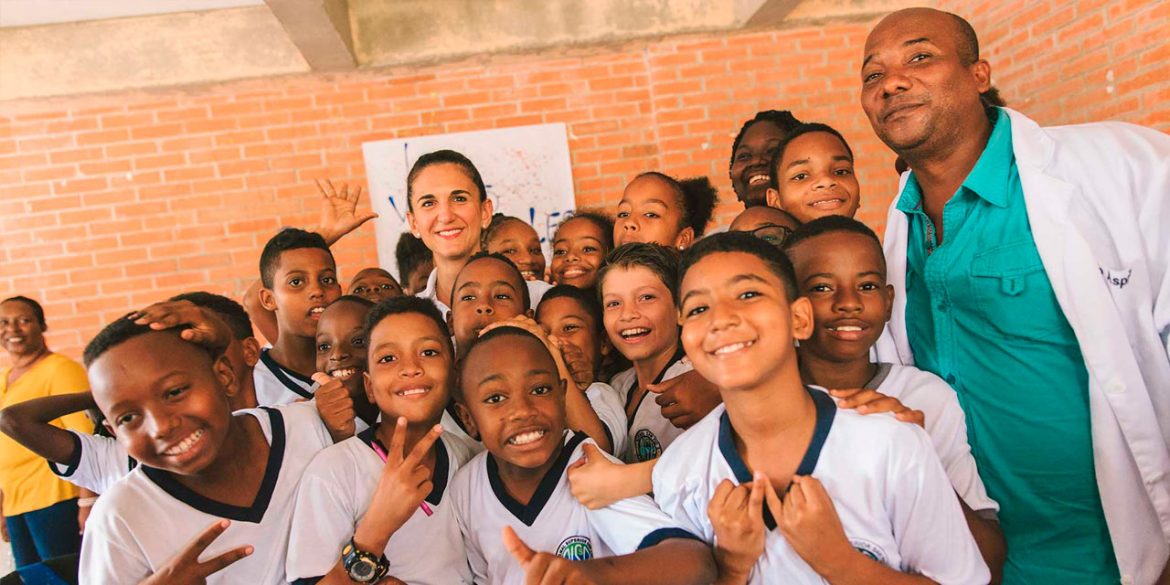 Education in Colombia: underfunded, underperforming and undermining the country’s progress

Colombia’s neglectful attitude toward education is hampering its economy. Student protests may be misguided, but they raise important points about the country’s budget priorities.

In recent weeks, students throughout Colombia have protested, often violently, against the dire state of public higher education in Colombia. Simultaneous protests at Medellin’s National University branch and the University of Antioquia prompted the arrival of anti-riot police. Last week, the rector of the National University in Bogota was held hostage for five hours by demonstrating students until they were detained by the authorities. This Tuesday, thousands of Bogota university students staged a more peaceful protest in the Plaza Bolivar.

While the protesters’ methods may have been excessive and even counterproductive, their concerns are not wholly unfounded. Higher education in Colombia is severely underfunded. Education standards at public universities in particular are remarkably low, partly due to worsening budget constraints.

As usual, what could and should be a sensible debate about education policy has become highly polarized and politicized, but it is wrong to see the education debate as a confrontation between the right-leaning government and a few unruly left-leaning students. On the country, investing in higher education is a pretty obvious priority for Colombia, regardless of one’s political leanings.

A report this week published by the Comptroller General, a government office, shows that Colombia is worryingly unprepared to benefit from globalization in the coming decades. One of the country’s most obvious deficiencies, the report points out, is the country’s lack of high-skilled, educated workers: Colombia has only 7.1 Masters or PhD degree holders per million inhabitants, lower than many of its neighbors.

The country’s human capital deficiencies can partly be attributed to inadequate funding for higher education. While government investment in higher education accounts for 0.4% of Colombia’s GDP, the average in the rest of Latin America is three times higher, about 1.2% of GDP.

Admittedly, Colombia has made significant strides in education in recent decades. Population growth and rapidly expanding access to education at all levels mean that Colombia has more students than ever. The problem, according to many experts, is that broader access to education requires greater investment just to keep up with higher demand. Even the government’s Education Minister, Cecilia Maria Velez, points out that, with the number of high school students rising from 400,000 to 700,000 in the past five years, modest increments in education investment are insufficient to meet the country’s growing teaching needs.

Some city governments, including Bogota but especially Medellin, have taken the lead in the country’s struggle for higher quality and more accessible education. In the paisa capital, the local government and business leaders have collaborated to implement creative programs that prepare new generations of students for the demands of a global economy. Poor Medellin residents now have access to computer classes, entrepreneurial training and high-tech science labs.

Unfortunately, in a political system such as Colombia’s, the capacities of city governments in general are quite limited. Most cities in Colombia will have a tough time following the model of Medellin, a relatively prosperous and well-run municipality. Indeed, the future of education of Colombia depends on the political will of the national government.

Unfortunately, as protesting students know to well, that political will is sorely lacking. This year, the country’s budget reached a very telling milestone: for the first time in Colombia’s history, investment in security and defense exceeds investment in education. Nobody can deny the importance of the country’s security and stability, but certainly no other budget priority should outpace education investment.

Indeed, it is difficult to exaggerate how much is at stake. As the Comptroller General’s office warns, the country’s ability to develop a high-skilled labor and a globally competitive entrepreneurial class will determine Colombia’s place in the economy of the future. Currently, Colombia has a mid-level economy that does not produce many value-added goods or services, according to the report. If the country wants to keep up with other emerging markets and develop into a more competitive economy, investing in education should be a top priority.