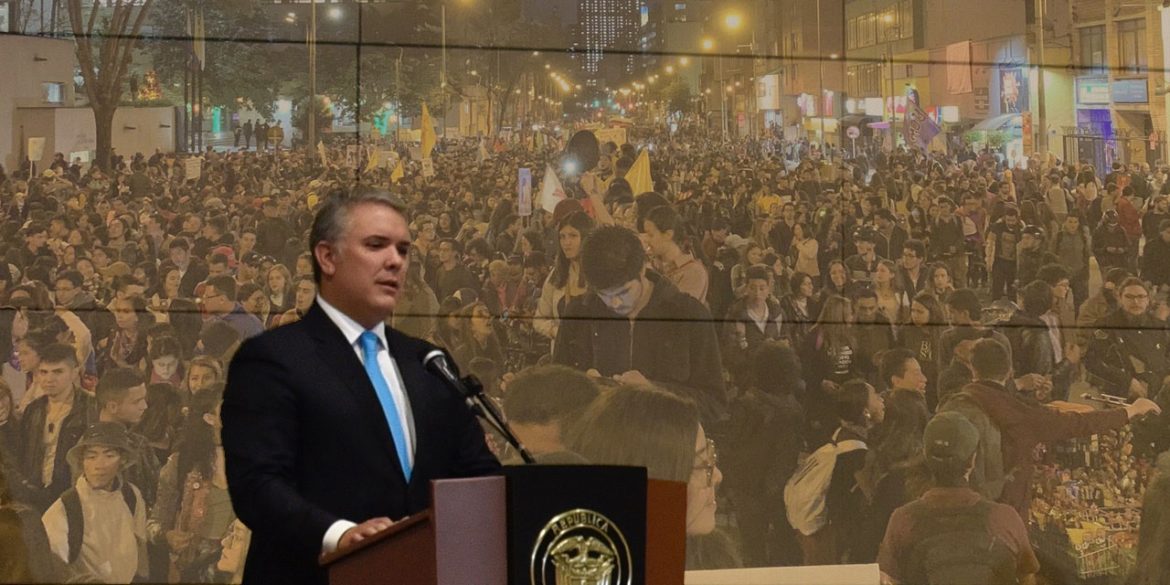 Colombia’s government agreed to talk to strike leaders on Monday in a bid to end ongoing anti-government protests.

The announcement was made by Diego Molano, the director of the National Planning Department, who told press that the government would talk to the strike leaders’ demands parallel to a “National Conversation” announced last week.

According to Molano, the government asked the strike leaders “to suspend the December 4 strike so that the economic effects of the strike do not continue to affect the development of trade and transport activities.”

The strike leaders accepted to meet on Tuesday, but announced a 5th strike day for Wednesday in an attempt to keep the pressure on the government, which has isolated itself.

We are not suspending the December 4 strike. On the contrary, we extend the call to take to the streets with greater force in defense of the demands of the National Strike Committee.

Until Monday, the government refused to acknowledge the National Strike Committee that is largely made up of labor unions and strike leaders and has organized the strike.

Instead, Duque insisted on having a “National Conversation” that excluded the strike leaders’ demands.

Under pressure from Congress and on the 12th day of protests, Duque ceded and agreed to negotiate the demands that effectively seek a major turn-around in his economic and peace policies.

Molano stressed that the government would not end the National Conversation, but continue to develop “activities with those who are connected” with the government initiative.

Duque’s concession comes after attempts to sabotage, stigmatize and even violently repress the protests failed and the president’s minority coalition was all but falling apart.

With the exception of Duque’s far-right Democratic Center party, all parties in Congress, including coalition partners, wanted the government to negotiate with the strike leaders to end the biggest anti-government protests in more than 40 years.

The negotiations are going to be tough, especially after the peace movement joined the labor unions and student organizations to demand peace talks with the country’s last-standing rebel group ELN and the immediate implementation of a peace deal with the FARC.

Duque’s party fiercely opposes both as they could have serious legal consequences for prominent members of the far-right party, in particular the president’s political patron, former President Alvaro Uribe.