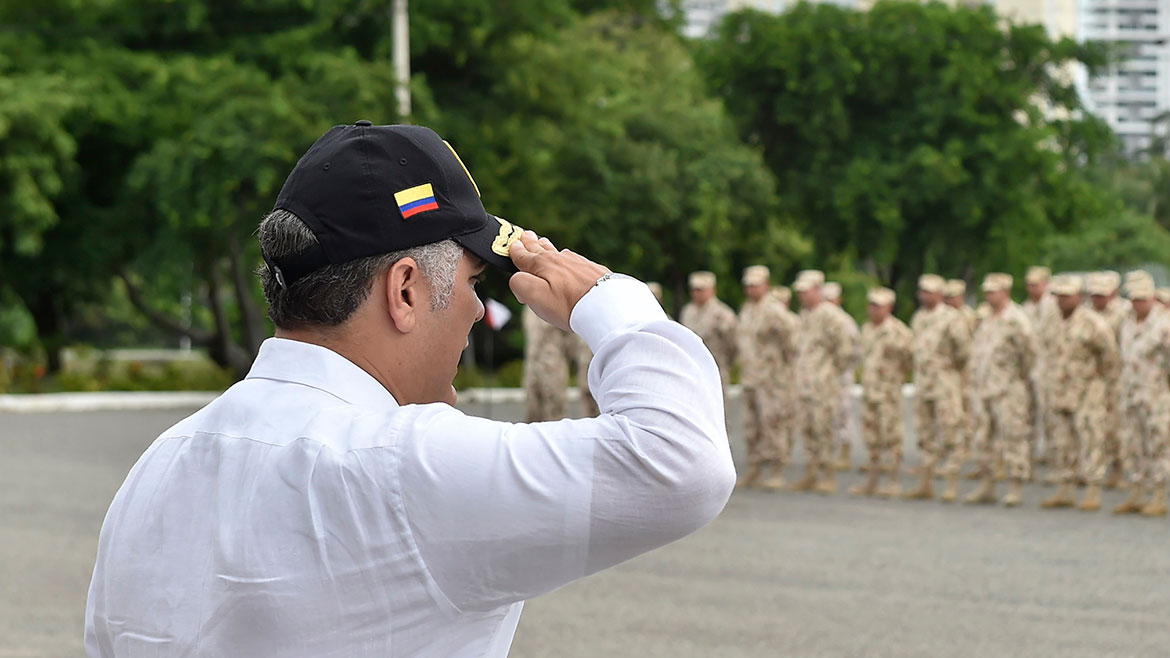 The Democratic Center party of former President Alvaro Uribe can only win next year’s elections if the “Uribistas” successfully criminalize opposition.

If they fail, many of the Uribistas and their mafia associates will be the ones going to prison.

Ever since Duque took office in 2018, the government’s government coalition has tried to sabotaged the opposition and the security forces violently cracked down on peaceful anti-government protests.

The president additionally has gone to lengths to sabotage a peace process that started after a peace deal with former guerrilla group FARC in 2016.

Meanwhile, the government has left human rights defenders and community leaders unprotected against violence while allowing the rearmament of civilians vetted by the military.

What those vandals need is led, that’ll end their ruckus.

The brutal repression of the ongoing and massive anti-government protests reiterates the Uribistas’ message: if you want to remove us from power, you better come armed.

Uribe and his mafia associates have never won an election without fraud or violence, but are facing more opposition and criminal investigations than ever before.

Attempts to criminalize the opposition or the anti-government protests have failed because opposition politicians and social leaders know that chief prosecutor Francisco Barbosa only needs half an excuse to throw them in jail.

Even the ELN appears to have withdrawn to frustrate any possible attempt to link anti-government protest organizers with the guerrillas.

The president and his far-right allies seem to have put their money on provoking a violent response from vulnerable communities by terrorizing them.

In fact, the Uribistas have made it clear they would rather commit a genocide than lose power.

Those opposing this mafia government have made it clear they want to preserve Colombia’s democracy and don’t want another war.

Achieving this will require the protection of communities that are being terrorized, and provide them with the means to resist and peacefully respond to the violence.