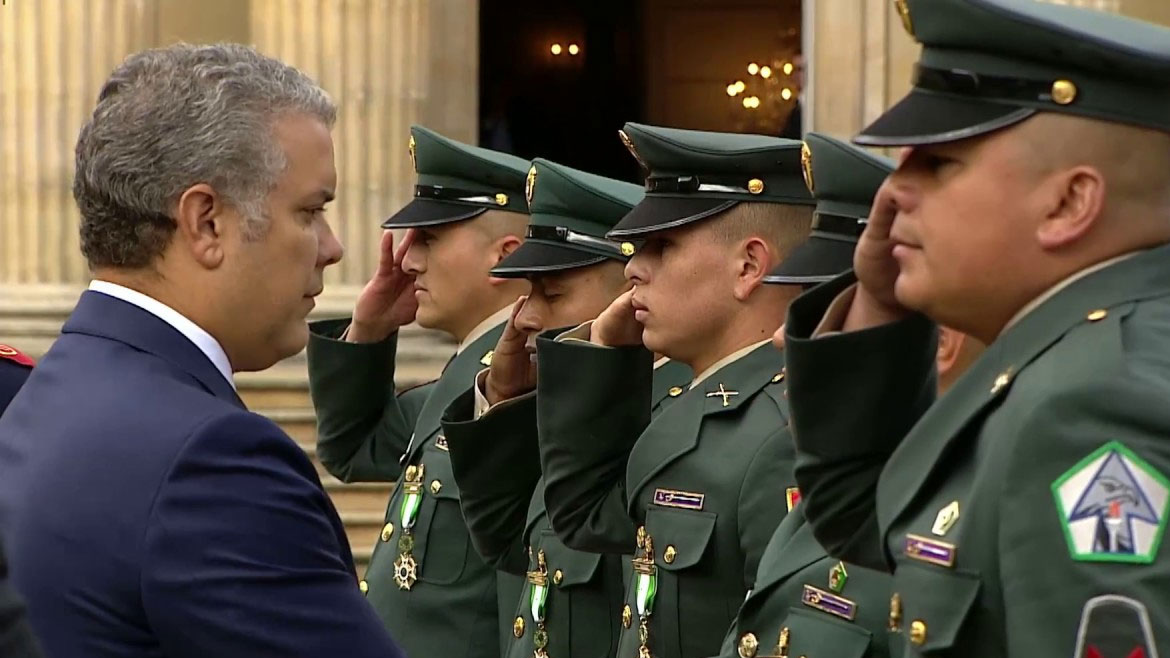 President Ivan Duque’s order to militarize parts of Colombia is unconstitutional and likely to aggravate the country’s social crisis, according to a legal expert.

Duque ordered the militarization of eight of the country’s 32 provinces on Saturday in response to road blocks that have been erected throughout the country in opposition of the president’s increasingly authoritarian rule.

In an opinion piece published by political news website La Silla Vacia, Rodrigo Uprimmy of judicial think tank Dejusticia said that the decree that orders local and regional authorities to remove the roadblocks with “military assistance” violates of the constitution.

According to Uprimmy, the president ignored the fact that roadblocks are a legal form of protest unless they affect humanitarian transport like that of food supplies and ambulances.

The decree also ignored the fact that civilian authorities may only use force as a last resort if a roadblock is illegal, Uprimmy said.

Last but not least, Duque’s “military assistance” is a term invented by the government that lacks any legal definition, according to the legal expert.

If Uprimmy is correct, the Constitutional Court will sink the decree after studying whether the president is acting within the law.

Duque’s negotiator with the organizers of national strikes that triggered all kinds of anti-government protests after April 28 said Tuesday that the withdrawal of the controversial decree is not up for negotiation.

The National Strike Committee has demanded the withdrawal of this decree as one of the guarantees allowing peaceful protest against Colombia’s least popular president in recorded history.

These talks are unlikely to go anywhere until either Duque or the high court withdraws the decree that plunged negotiations in crisis.

In the meantime, governors and mayors have continued to negotiate with protesters to end roadblocks in an apparent attempt to neither break the law nor increase tensions with Duque.