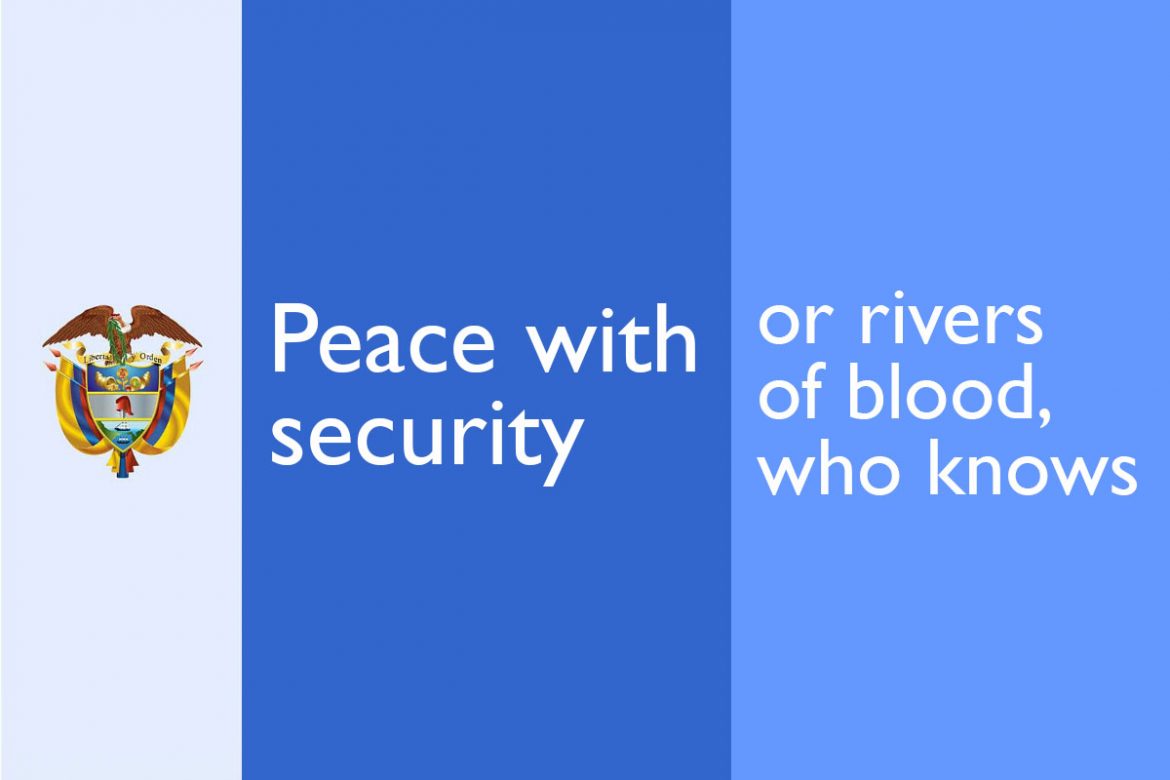 Duque’s misrule: Colombia in ‘perfect storm’, heading towards ‘a river of blood’

The apparent misrule of Colombia’s President Ivan Duque has further escalated violence, according to the war crimes tribunal, and created the “perfect storm” for “a river of blood,” a conflict analyst said Tuesday.

The Special Jurisdiction for Peace (JEP) issued an alert in which it said to have registered 14 combat situations, 14 assassinations of and 13 death threats against human rights defenders or community leaders, six massacres and the assassination of five demobilized FARC guerrillas.

The report was released hours after the death of Defense Minister Carlos Holmes Trujillo, whose 2019 appointment was succeeded by a surge in massacres and the persistent assassinations of social leaders and former rebels taking part in the peace process.

According to the JEP, the beginning of this year again saw a rise in massacres. One social leader is allegedly assassinated every 41 hours and every five days a former FARC guerrilla suffers the same fate.

According to human rights NGO Human Rights Watch, the government has not just failed to implement the 2016 peace deal with the FARC, but doesn’t seem to have a policy to offer protection to social leaders and journalists.

The government’s apparently ongoing failure to host the National Committee for Security Guarantees, which seeks to dismantle paramilitary groups associated with Duque’s far-right Democratic Center party, would be in blatant non-compliance of the peace deal.

This further puts demobilized guerrillas, social leaders and journalists at increased risk of violence after Duque’s three years of neglect to dismantle the paramilitaries and failure to combat FARC dissident groups deteriorated the security situation for social leaders.

Ongoing violations of the freedom of the press has deteriorated the situation for journalists to the worst point since the foundation of press freedom foundation FLIP, the organization said last year.

The president’s post-conflict adviser, Amilio Archila, told government-friendly radio station RCN that the HRW report is “insulting” and insisted the government is implementing the peace deal, which it isn’t.

The president’s apparent misrule since taking office in August 2018 has deteriorated the security situation to a point that “we are in a perfect storm” a year before general elections, according to Avila.

2. we are in a criminal technical tie; no actor beats the other, and this leads to a degradation of violence.

Duque has not just neglected to implement a 2016 peace deal with the FARC and to formulate public policies to dismantle paramilitary groups, but appears to believe that organizing press conference to improve his abysmal approval rating is a security policy, according to Avila, who expects “a river of blood.”

President Duque chose to pursue high-value objectives, the Bubble Plan, take one from one criminal group, take another from another, hold press conferences, kill people and with that believe he will reach the end of the year with some popularity, but that doesn’t solve the crime problems Colombia has as we have announced. It seems that this 2021 is going to be full of blood.

Neither the JEP, nor HRW, nor Avila had taken the death of the defense minister into account when drawing the eerily similar conclusions that the apparent misrule of Duque, who was elected with mafia support, is sinking the country into violent chaos.