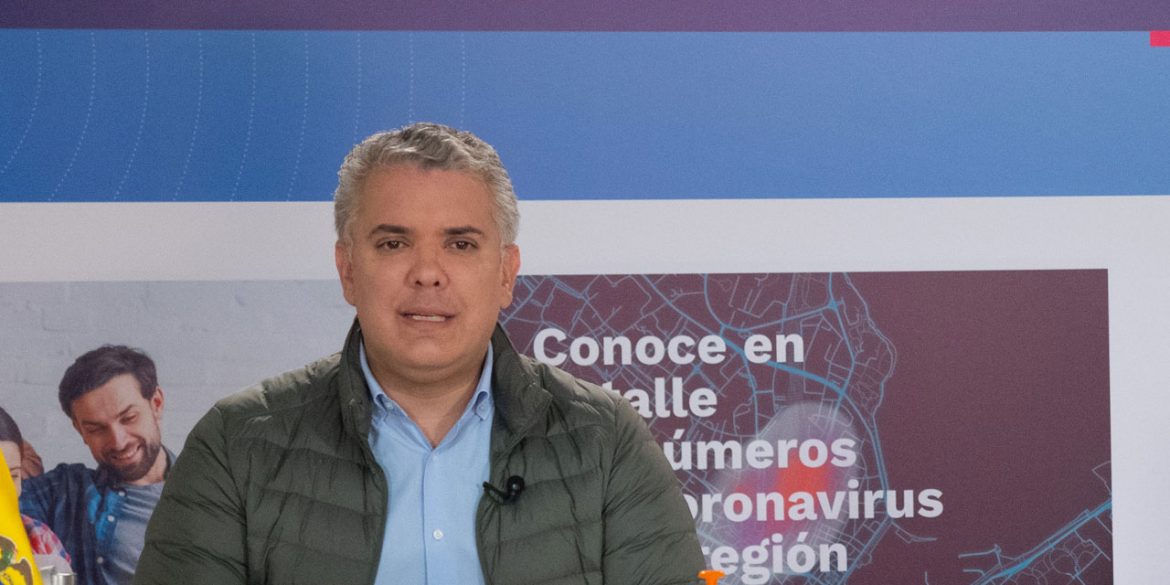 President Ivan Duque has increasing trouble hosting his daily COVID-19 show as Colombia’s coronavirus outbreak has become the deadliest in the world.

Duque on Saturday tried to compare fatality rates with those of countries where the disease peaked weeks earlier, but was interrupted by Health Minister Fernando Ruiz who said such a comparison made no sense.

A week before the end of the president’s national emergency, the virus reached a new record number of 400 daily deaths on Sunday amid what has been projected as the peak of the pandemic.

Not counting untested fatalities, 17,314 have died of the pandemic on Sunday and 541,147 people, more than 1% of the population, has been infected by the coronavirus.

Duque’s attempts to restart the economy against the advice to first control the spread of the virus is showing serious cracks despite the government’s barrage of false positives.

As more doctors and nurses fall ill, the country’s healthcare system is close to collapsing under the weight of the pandemic as the president’s promised funds to reinforce the system never arrived.

I do not understand which proper management of the pandemic they are celebrating, this is a humanitarian and public health tragedy that cannot be normalized.

Duque doesn’t seem to want to face the tragedy caused by the pandemic and to a lesser extent his government’s ineptitude.

The president repeated that 90% of manufacturing had restarting, ignoring the fact that exports and domestic consumption have collapsed.

The president wouldn’t mention the public rage on social media over the weekend after it became public that the central bank sold off two thirds of the country’s gold reserves weeks before a price hike, potentially missing out on $1.4 billion.

This pandemic has been a stress test that deepens the social, economic and cultural cracks that persist globally, and in a country as unequal as Colombia.

Inviting education minister Maria Victoria Angulo on Sunday was no success either, three weeks after she flunked her strategy to reopen public schools on August 1, the minister was not able to report any progress.

Schools will reopen “in due time,” according to Angulo.

Not even the public participation element of Duque’s COVID show worked as a citizen told the president how his Friday plan to open bars and clubs without liquor sales made no sense, considering this is their income.

The comments on Facebook showed Colombians’ despair over Duque’s failing government. Millions have been without income and food as the government has refused to implement a universal basic income as proposed by Congress.

Mr. President, I haven’t received the solidarity income and I am a low-income person responsible for one minor and without income of any kind.

While the president is increasingly desperate not to face the facts, statistics agency DANE revealed that in the first week of August mortality has skyrocketed from approximately 4,500 deaths a week to 7,500.