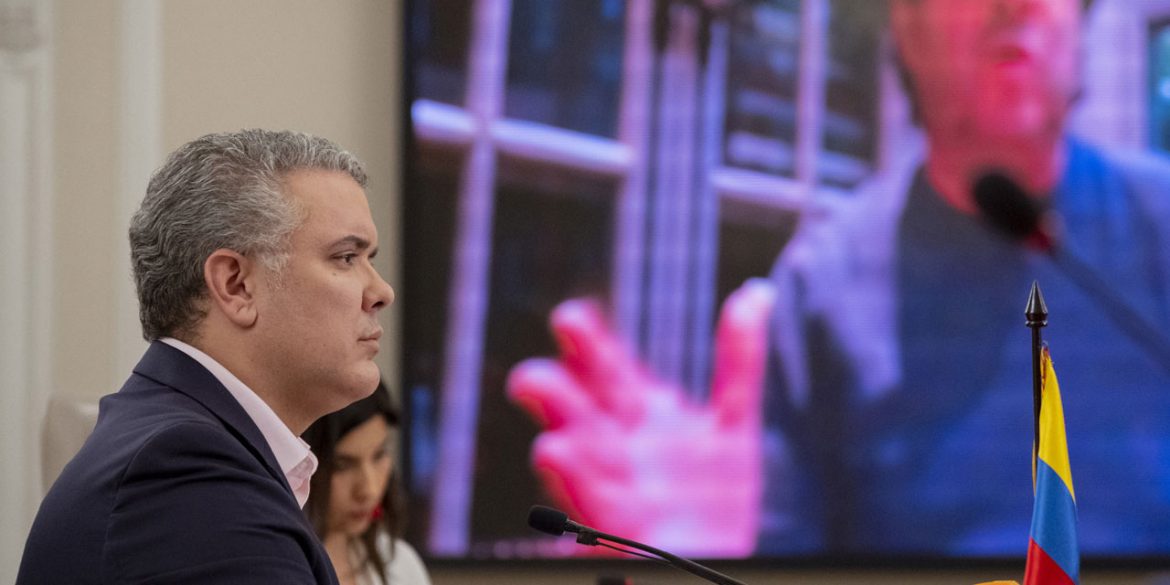 The approval rating of Colombia’s President Ivan Duque surged to a record 52% in April after reaching an all-time low of 23% in February, according to pollster Invamer / Gallup.

The coronavirus pandemic allowed Duque to reach an approval rating higher than 50% for the first time since taking office in 2018.

Duque’s main critic and the president’s most powerful opponent, Bogota Mayor Claudia Lopez, saw her approval rating soar to 89% after a month of power play at the highest level.

Medellin Mayor Daniel Quintero, who has been less outspoken about his opposition to the president, saw his approval rating go from 55% to 84% in just two months.

The opposition of these mayors against the president’s handling of the crisis caused by the coronavirus paid off while Atlantico Governor Elsa Noguera, an ally of Duque, saw her approval rating drop to 78%.

The coronavirus has had a major impact on the balance of powers between the national government and lower levels of government to the point Duque can’t effectively issue a decree without their consensus.

This consensus, however, has allowed relatively broad public approval for radical measures like the shutting down of the economy and a quarantine.

According to Invamer, 70% of Colombians approved of the government’s response against 25% who don’t.

At the same time, 65% of Colombians said to be affected by the crisis while 86% said they hadn’t received any government assistance to overcome it.

A vast majority of people, 83% of the respondents, said they have violated the restriction in movement measures in place to slow down the spread of the virus.