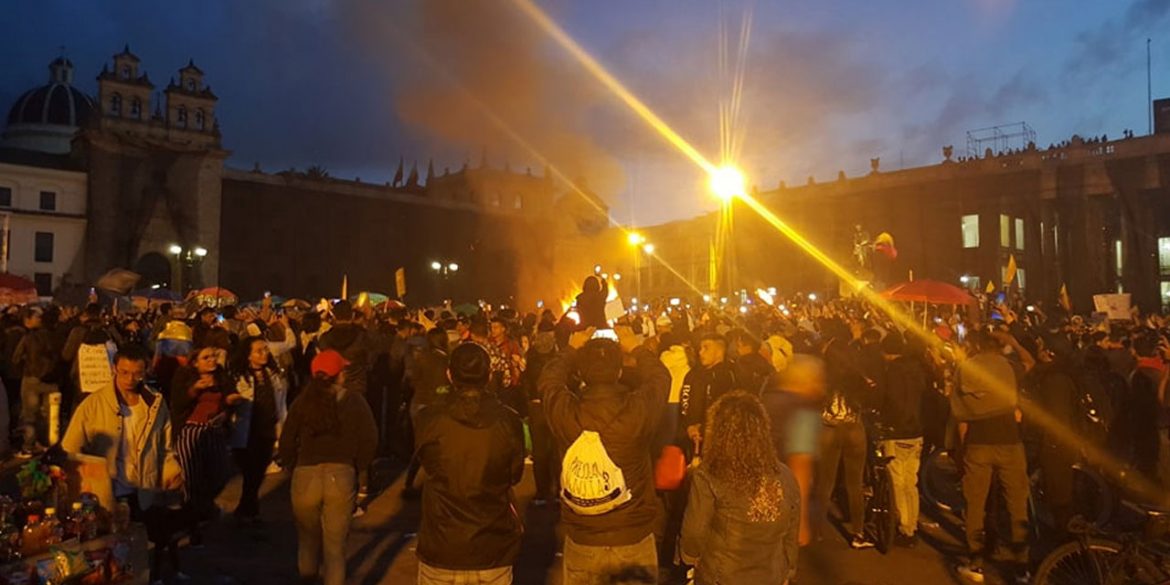 According to the pollster, 70% of the country disapproves of the president.

Duque’s approval rating has dropped 13 points since July and is at its lowest point since he took office in August last year.

Pollster Yanhaas said that 75% of Colombians disapproved of how the president is handling ongoing anti-government protests that are led by students, labor unions and indigenous groups.

The disapproval rating of Duque’s political patron, former President Alvaro Uribe, reached an all-time high of 66% with only 26% approving of the far-right politician, according to Invamer.

Government in the corner

The record disapproval rating further corners the Duque administration that has been unable to violently repress protests demanding major changes in the government’s economic and peace policies.

According to Invamer, 89% believe unemployment is getting worse, 88% believe public security is deteriorating and 84% believe corruption is worsening.

Negotiating a way out

The poll comes a day before government representatives sit down with leaders of the national strikes that have triggered two weeks of almost constant protests throughout the country.

The government sat down with the strike leaders for the first time on Tuesday, but has yet to agree to negotiate.

With the president’s public approval plummeting and protests enjoying majority support, it is unclear how Duque is going to negotiate his way out of trouble without making major concessions.