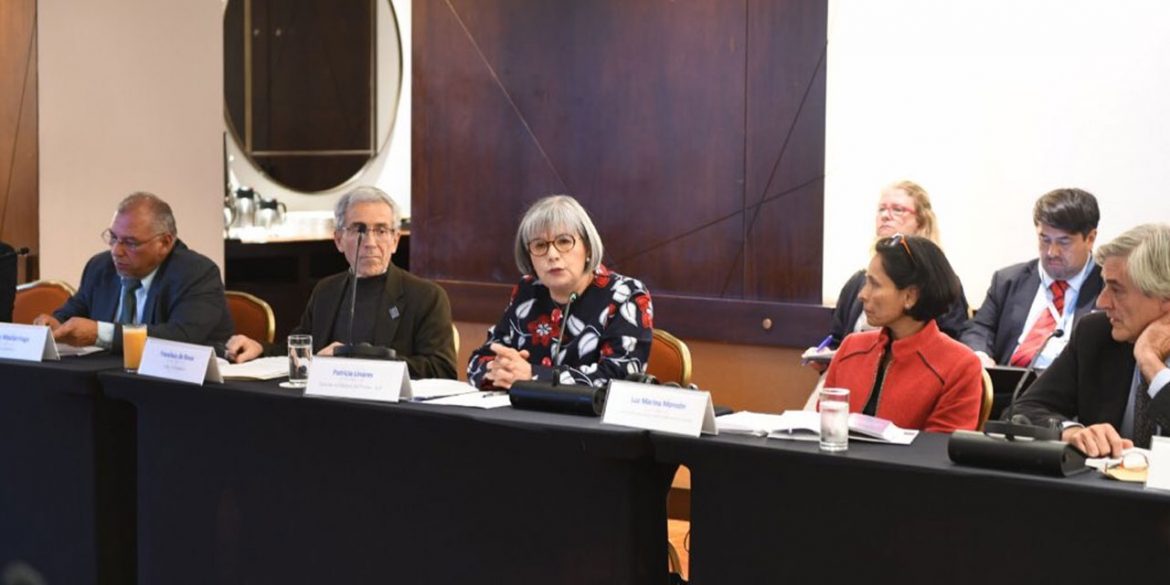 President Ivan Duque has personally vowed to look for funds that will allow Colombia’s transitional justice system to continue its investigations, the president of the war crimes tribunal told the UN Security Council.

Special Jurisdiction for Peace (JEP) president Patricia Linares, Truth Commission president Francisco de Roux and the director of the Unit for the Search of Disappeared Persons (USDP), Luz Marina Monzon, rang the alarm on Tuesday after the government informed them about devastating budget cuts that would threaten the future of the transitional justice system.

The UN ambassadors met Linares and De Roux on Friday and expressed their concern about the budget cuts that would seriously affect Colombia’s 8.5 million conflict victims’ access to justice.

Linares told press that she had informed the foreign officials that Duque had promised he personally would make sure that the JEP, the Truth Commission and the USDP would have the budget they need to operate.

They asked us about the subject. We told them what we have said publicly, but I also pointed out that the day before yesterday the president himself told me to be reassured because he personally was going to be very attentive that the system and the Jurisdiction have the resources we need.

According to television network Caracol, Duque approached Linares at a public event on Wednesday and told her that “I’m sorting out that money so no need to get nervous.”

The transitional justice system, and particularly the JEP, is highly controversial, because it seeks to clarify war crimes committed by the FARC and the military.

Furthermore, businessmen and politicians who believe they could be called to court over war crimes have until the beginning of September to voluntarily submit to the transitional justice system that would allow them to stay out of prison if they tell the truth and compensate their victims.

The prosecution announced in May that it had enough evidence to sustain charges of crimes against humanity against 2,300 businessmen and 3,300 state officials, including “mayors, governors, judges, magistrates, prosecutors, congressmen, deputies and council members.”

This number of alleged war criminals could grow, because the JEP has the obligation to forward war crimes allegations made at hearings of the war crimes tribunal to the prosecution.

These potential criminal charges are the result of more than a decade of hearings of former members of paramilitary organization AUC that was partly financed by the private and worked closely with state officials while it embarked on a terror campaign that left at least 100,000 people deal between 1997 and 2006.

The paramilitary terror campaign was financed and sometimes ordered by people from “different economic activities, particularly from the cattle, agriculture and hydrocarbon sectors,” according to the prosecution.

However, state-run oil company Ecopetrol, and major companies like beverage company Postobon, banana company Chiquita and television network RCN have also been mentioned as sponsors of the AUC.

Furthermore, an unknown number of families and businesses used the paramilitaries or took advantage of the violence to dispossess land the side of Belgium in one of the greatest land heists in the history of the country.

The coming into force of the transitional justice system obligated the prosecution to investigate these alleged war crimes that had been conveniently ignored for more than 10 years and now threaten to destroy the reputation and perhaps the wealth of some of Colombia’s most powerful families and businesses.