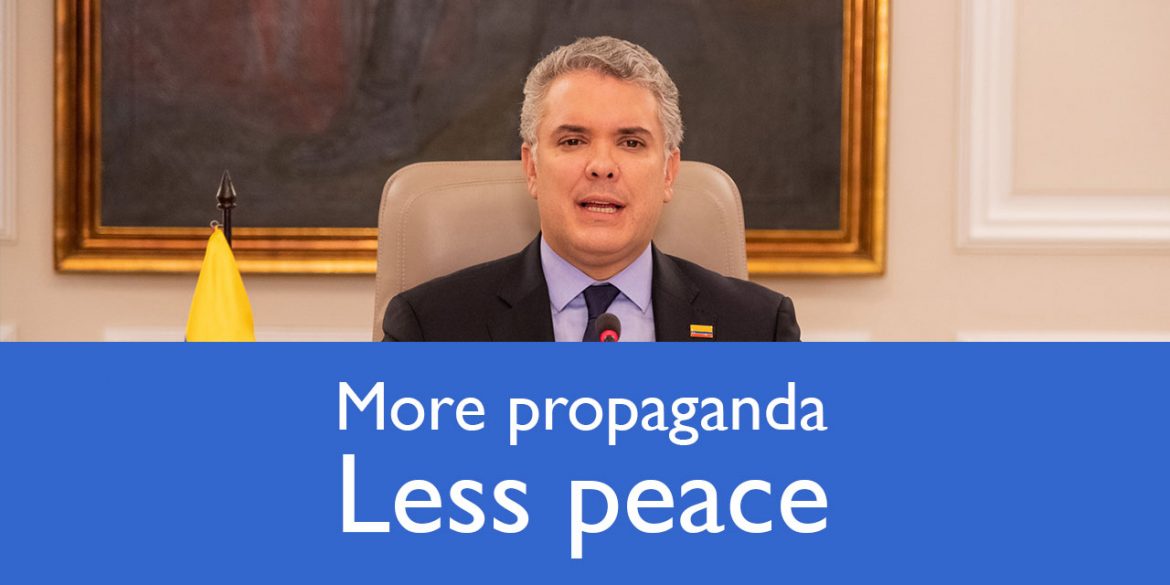 Radio station La FM reported on Monday that Du Brand was hired and paid with funds meant for “the financing of peace programs aimed at encouraging the return to civilian life of groups that have taken up arms.”

The firm would reportedly report directly to Nassar who added improving Duque’s public image “taking into account the national situation and the social mobilization activities launched on 21 November 2019” when Colombia saw its largest anti-government protests in more than four decades.

The government’s violent attempts to quell these protests sunk Duque’s approval rating to a record low and “the need arises to know society’s perception of the current state of public policy, the progress and achievements of the Government in order to identify the actions to be taken, with the aim of facilitating interaction between citizens and public administration and providing institutional tools for the National Conversation proposed by the Government.”

This “National Conversation” was a government attempt to sideline the students, unions and ethnic minorities who spearheaded the protests and have been demanding concrete policy concessions.

Nassar did not deny that the funds to improve Duque’s public image came from the country’s peace process, but clarified “they are not resources set aside for the health emergency” caused by the coronavirus pandemic.

Newspaper El Espectador reported that Du Brands has been working with the president’s far-right Democratic Center party since 2016 when it contributed almost $90,000 (COP330 million) to the campaign against a peace deal with now-demobilized FARC guerrillas.

Duque has been under increasing pressure about his management of the peace process and the protests that, among other things, demanded the implementation of the peace deal.